What is Simon Le Bon's Net Worth?

Simon Le Bon is an English musician who has a net worth of $65 million. Le Bon is of course best known for being the lead singer and lyricist of the band Duran Duran. Later, he continued to play these roles in the band Arcadia, which featured many of Duran Duran's former members. Over the course of his career, Simon has won a number of honors and accolades for his achievements in the music industry. These include three Ivor Novello Awards.

Simon John Charles Le Bon was born on October 27th of 1958 in Bushey, Hertfordshire, England. Raised alongside three younger brothers, Simon was encouraged by his mother to pursue various artistic ventures at a young age. At the age of six, he started auditioning for commercial roles. He trained as an actor during this period while also joining a local church choir to improve his singing abilities.

Le Bon attended the same grammar school that Elton John had attended, and he then graduated from secondary school. After graduating, Simon attended the Harrow School of Art, completing a course in 1978. Finally, Le Bon attended the University of Birmingham, where he studied drama. During this period, Simon worked as a theatre porter while appearing in various television commercials and theatre productions in London. He also started singing in a Punk band.

After leaving the University of Birmingham, Simon Le Bon met up with childhood friends John Taylor and Nick Rhodes, who had started a new band called Duran Duran in 1978. After a number of lineup changes, the band found a guitarist and drummer. However, they were still in need of a vocalist, as their previous singer had abandoned the group. Simon was introduced to Taylor and Rhodes by a former girlfriend, and he soon became an integral part of the band. They then signed a record deal with EMI and released their first eponymous album in 1981. The album became a central part of the New Romantic movement, and it was quickly followed by albums such as "Rio" and "Seven and the Ragged Tiger." Another live album, "Arena," followed before the band went on hiatus.

Le Bon and several other members continued with albums like "Notorious" and "Big Thing" before it became clear that their popularity was crumbling. After a brief resurgence with the 1993 album "The Wedding Album," Simon began to focus more on his new band, Arcadia, which had formed in 1986 with Duran Duran members like Nick Rhodes and Roger Taylor. The group released several hits, such as "Election Day," and they released a single album called "So Red The Rose."

Simon Le Bon has also been quite active as a solo artist throughout his career, particularly after the popularity of Duran Duran began to fade. In 1989, he worked with Jonathan Elias, contributing the song "Follow In My Footsteps" to the project "Requiem for the Americas Project." He also collaborated with Mark Ronson, singing the chorus for the song "Record Collection" from his third album. 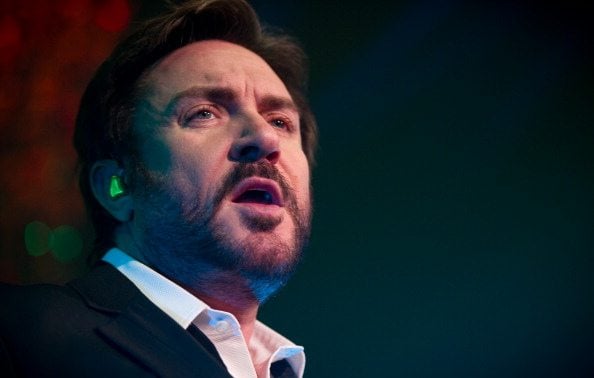 Although Le Bon was once engaged to a model and actress named Claire Stansfield in the early 80s, he ended the relationship and pursued Yasmin Parvaneh, also a model. He reportedly saw her face in a magazine and tracked her down by phoning her modeling agency. They married in 1985, after which Yasmin suffered two miscarriages. However, Simon and Yasmin eventually welcomed three daughters into the world. One of these girls, Amber Rose Tamara Le Bon, later went on to become a model like her mother. Le Bon became a grandfather in 2018 when one of his daughters had a child.

The Sinking of the Drum

Simon Le Bon was involved in a major controversy in 1985 when his yacht capsized off the southern coast of Cornwall. He was participating in the Fastnet Race with his large yacht, which he called "Drum." The yacht initially lost its keel before capsizing, trapping Le Bon and several crew members within the vessel. Eventually, everyone was rescued by the Roal Navy's Search and Rescue team. One of the Rescue Divers earned a medal for his part in Le Bon's escape. These events were later depicted in a film called "Drum – The Journey Of A Lifetime," and in a book called "One Watch at a Time."

Despite this dangerous situation, Simon raced again on numerous occasions. The "Drum" was even raced one year later during the Whitbread Round the World Race, placing third. In 2005, Le Bon raced "Drum" once again – although by that time it had been sold to another owner (Simon borrowed it).

In 2021, it was reported that Simon and Yasmin had gained permission to extend their 10-bedroom home in London, increasing its size by about 33%. The home was also reported to be worth millions of pounds. According to these reports, Le Bon chose to make these renovations because his daughters "refused to move out." 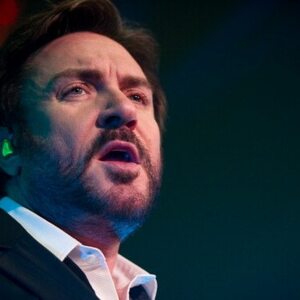