Sib Hashian net worth: Sib Hashian was an American musician who had a net worth of $2 million. Sib Hashian was born in Boston, Massachusetts in August 1949 and passed away in March 2017. He was best known for being the drummer of the rock band Boston. Hashian played with Boston on their first two albums and played on a few tracks on their third album. Boston release their self-titled debut studio album in 1976 which reached #3 in the US and was certified Diamond (17x Platinum). Their second album Don't Look Back reached #1 in the US and Canada and was certified 7x Platinum. Boston's third album Third Stage was released in 1986 and also reached #1 in the US and the UK and was certified 4x Platinum. Hashian played on singles including "More Than a Feeling", "Long Time", "Don't Look Back", and "Amanda". After Hashian, five drummers would play for Boston over the course of the band. Hashian sued band leader Tom Scholz after leaving the band for back royalties and the pair settled out of court. His daughter Lauren Hashian has been romantically involved with Dwayne "The Rock" Johnson since 2007. Sib Hashian passed away on March 22, 2017 at 67 years old. He collapsed while he was performing on a cruise ship. 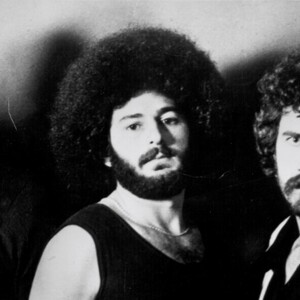