Shifty Shellshock net worth: Shifty Shellshock is an American rock star, most notable as the lead singer of the band Crazy Town, who has a net worth of $10,000. Shifty Shellshock has had a turbulent career in the spotlight which has included great highs and terrible lows. Born Seth Brooks Binzer on August 23, 1974, Shifty Shellshock originally formed Crazy Town in 1999 with band mate Bret Mazur. The group immediately had a smash hit with their single "Butterfly". Crazy Town quickly landed a spot on the Ozzfest tour thanks to the wild success of their single "Butterfly" but were eventually asked to leave due to Shifty's drinking and behavior issues back stage. Butterfly reached number one on the Billboard charts and propelled their album The Gift of Game to sell more than 2 million copies. The song was one of the biggest hits of 2000 and was featured in many films, TV shows and commercials. After the failure of their next album the group disbanded and Shifty pursued a solo career which yielded one additional hit song called "Starry Eyed Surprise" which was a collaboration with DJ Paul Oakenfold.

Unfortunately Shifty's life has taken some dark turns recently. He has battled drugs and been arrested on several occasions for domestic abuse, assault and burglary. Shifty has appeared on a slate of addiction related reality televisions shows including Celebrity Rehab 1 and 2 as well as Sober House 1 and 2. On April 3, 2012, it was announced that Shifty Shellshock had fallen into a drug related coma and has been unresponsive and intensive care for more than a week. 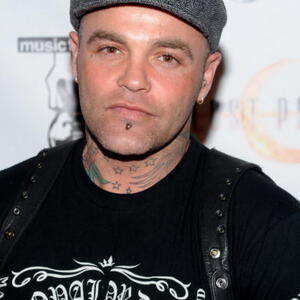