Shawn Crahan net worth: Shawn Crahan is an American musician, artist, and music producer who has a net worth of $10 million. Shawn Crahan was born in Des Moines, Iowa in September 1969. He is best known by his stage persona "Clown" and for being a co-founder and percussionist of the heavy metal band Slipknot.

He is the only remaining founding member of the band and is also the oldest. He has also been involved with the side project bands To My Surprise and Dirty Little Rabbits. He formed the band The Pale Ones in 1993 which later was changed to Slipknot. With Slipknot Crahan has released a total of nine studio albums. He has also released an album with To My Surprise, three albums with Dirty Little Rabbits, and one album with The Black Dots of Death. Crahan has also produced albums for other artists and has directed short films and documentaries. 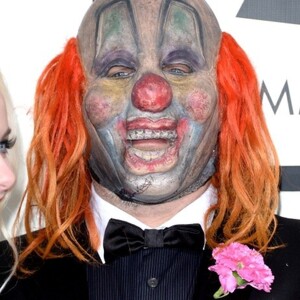