What is Serj Tankian's Net Worth?

Serj Tankian is an Armenian-American musician, composer, record producer, and activist who has a net worth of $20 million. Although Tankian is probably best known for being the lead vocalist for the band System of a Down, he is also a trained opera singer. Since forming in 1994, System of a Down has released five commercially successful albums. Over the years, Tankian has also collaborated with a number of ther musicians.

His solo efforts include "Elect the Dead Symphony," which was a collaboration with the Auckland Philharmonia Orchestra. Outside of music, he has founded his own record label called Serjical Strike Records. He also started a non-profit political organization called Axis of Justice alongside Tom Morello. Many heavy metal fans believe that Tankian is one of the best singers in the entire genre. He is known for his wide range and his unique voice.

Serj Tankian was born on August 21st of 1967 in Beirut, Lebanon. His family has roots in ancient cities that are now located within the borders of modern-day Turkey. He has stated that his grandparents survived the Armenian Genocide. At the age of seven, Serj relocated with his family to Los Angeles. During his early school years, he met future System of a Down bandmates Daron Malakian and Shavo Odadjian.

After graduating from high school, Serj attended California State University. During his college years, Serj started playing various instruments while writing his own songs. His university experience also led him to become involved with political activism for the first time. He eventually graduated with a degree in marketing by 1989.

System of a Down started off as a band called Soil. Tankian and Daron Malakian were notable early members of this band, and Odadjian subsequently took the role of rhythm guitarist. When Soil split up, Tankian teamed up with Odadjian and Malakian to create System of a Down. This group started off by touring South California and making a name for themselves in the local music scene.

They first created a demo tape in 1995, followed two more demo tapes over the next few years. After a record deal with Columbia Records in 1997, the group started work on their debut album. In 1998, they released their debut album, "System of a Down." This proved to be moderately successful with singles like "Sugar" and "Spider." Both songs received considerable airplay and were picked up by MTV.

The group then toured with bands like Slayer and Metallica before releasing "Toxicity" much later in 2001. This was seen as their major breakthrough, despite the fact that they had been steadily rising in popularity over the years. Debuting at number one on the charts, "Toxicity" went on to achieve multi-platinum certification with hits like "Chop Suey!" Other notable hits included "Toxicity" and "Aerials."

In 2002, System of a Down followed up with "Steal This Album!" In 2005, the group released "Mesmerize," their fourth studio album. It received strong reviews and sold more than 800,000 units within the first week. "Mesmerize" was immediately followed by "Hypnotize," which also debuted at number one and sold well. By this point, Tankian was playing a less central role in the band as Malakian took over increasing responsibility for songwriting and singing. 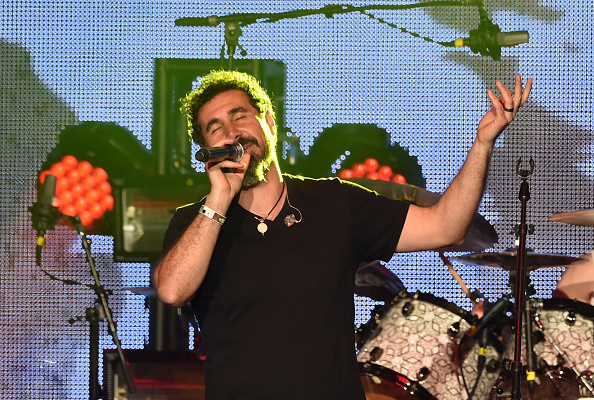 By 2007, the group had announced that they were taking a hiatus. In 2010, the group reformed and toured extensively. A sixth studio album has been rumored, but as of 2021 it has not been released. In 2007, Tankian took the hiatus as an opportunity to start his solo career. That year, he released the record "Elect the Dead." He also released a song called "Fears" in 2008, which was supposed to be an endorsement of Amnesty International.

In 2010, Tankian released a second solo album called "Imperfect Harmonies." This album represented a notable departure from his usual work, as it featured significant jazz influences. A number of additional solo albums would follow throughout the 2010s. In 2017, he started contributing various singles to films and television series. In 2020, he released an electronic music album along with Jimmy Urine called "Funktronic." In 2021, he came out with his first EP, which was entitled "Elasticity." His other solo ventures include the co-writing of a musical in 2011.

Tankian is known for his strong political views. His main areas of passion include human rights and social justice. He is also vocal about matters related to Armenia, especially the Armenian Genocide. Many of his songs cover issues such as these. He has worked with PETA over the years, and he has stated that he is passionate about animal rights. In terms of his religious views, Serj has always highlighted a reverence for mother earth.

In 2021, it was reported that Tankian had purchased a home in Calabasas, Ca. The ranch cost Serj $3.3 million, and it spans 6,400 square feet of living space. The home sits on what is described as "its own park," complete with towering sycamore and eucalyptus trees.

For years prior to this purchase, Serj lived in a Cabin-style residence between Calabasas and Malibu. it spans about 2,000 square feet. Located deep in the wilderness of Monte Nido, the cabin-style residence lies on land that is reportedly invisible from the street. The home sits on 2.3 acres of what is described as "its own park," complete with towering sycamore and eucalyptus trees. Other features include a fireplace, a motorcourt, a swimming pool, and plenty of lawn space. 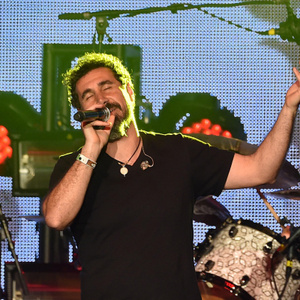