What is Sebastian Bach's Net Worth?

Sebastian Bach is a Canadian singer, songwriter, and actor who has a net worth of $1.5 million. He is probably best known as the lead singer of the heavy metal/hair band Skid Row, which had mainstream success from 1987 to 1996. Since his departure from Skid Row in 1996, Bach has toured with various musicals, acted in Broadway plays, appeared on reality shows, guest performed with Guns n' Roses, and had a successful solo career.

Sebastian Bach was born Sebastian Philip Bierk on April 3, 1968, in Freeport, Bahamas. He is the eldest child of David Bierk and Kathleen Mae Hunter. David was an award-winning artist who painted the covers of a Bach solo album and a Skid Row album, and between his marriage to Kathleen and his second marriage to Elizabeth Lovett Aimers, he had eight children, including hockey player Zac Bierk and actress Dylan Bierk. Sebastian grew up in Peterborough, Ontario, and at age 8, he began singing in the All Saints' Anglican Church choir, which toured around Ontario and the U.S. When Bach was 14, he auditioned for the band Kid Wikkid and was hired by the band's leader, Jason Delorme. Since the band was based in Toronto, Sebastian's father eventually agreed to let him live with his aunt so he would be able to pursue his dream of becoming a rock star.

Skid Row formed in the mid-'80s, and after lead vocalist Matt Fallon left the band in 1987, Jon Bon Jovi's parents, who saw Bach sing at the wedding of rock photographer Mark Weiss, suggested that Sebastian contact Jon's friend Dave Sabo, who was Skid Row's guitarist. Bach flew to New Jersey to try out for the band and was hired as their new lead vocalist. Skid Row released their self-titled debut album in 1989, and it went 5x Platinum and reached #6 on the "Billboard" 200 chart. Their follow-up, 1991's "Slave to the Grind," hit #1 on the "Billboard" 200, and in 1990, they released the video album "Oh Say Can You Scream," which was certified Platinum. In 1993, Sebastian briefly toured with the band Triumph, and Skid Row released the album "Subhuman Race" in 1995. In 1996, Bach left Skid Row, reportedly after bandmate Rachel Bolan turned down a gig as the opening act on the Kiss reunion tour after Sebastian had already agreed to do it.

After leaving the group, Bach formed the band The Last Hard Men with Frogs guitarist Jimmy Flemion, Smashing Pumpkins drummer Jimmy Chamberlin, and Breeders lead guitarist Kelley Deal, and in 1998, the band released a self-titled album on Nice Records after Atlantic Records decided not to release it. Sebastian released the live solo album "Bring 'Em Bach Alive!" in 1999, followed by the studio albums "Angel Down" (2007), "Kicking & Screaming" (2011), and "Give 'Em Hell" (2014). In 2000, he played the lead in "Jekyll & Hyde" on Broadway, then starred as Riff Raff in "The Rocky Horror Show" in 2001 and Jesus in "Jesus Christ Superstar" from 2002 to 2003. Sebastian began hosting the VH1 reality show "Forever Wild" in 2002, and from 2003 to 2007, he played Gil on 13 episodes of "Gilmore Girls," then reprised his role in 2016's "Gilmore Girls: A Year in the Life." In 2006, he performed the song "My Michelle" with Guns N' Roses during several concerts. 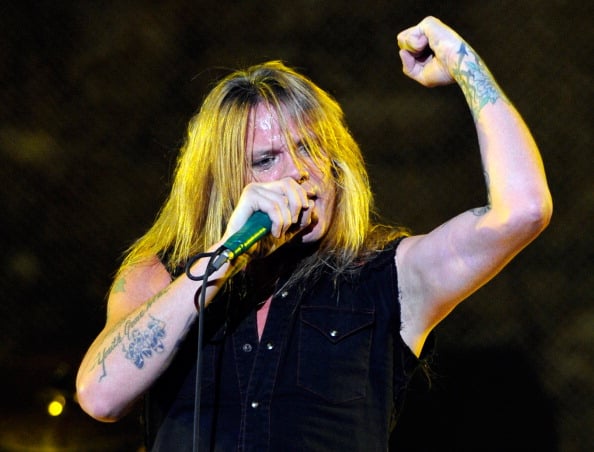 Bach co-starred with Ted Nugent, Jason Bonham, Scott Ian, and Evan Seinfeld on the 2006 VH1 reality show "Supergroup," which followed the band (originally called Fist, then Damnocracy) as they lived in a Las Vegas mansion and made music together. From 2008 to 2009, Sebastian competed on the CMT reality series "Gone Country," beating out Jermaine Jackson, Chris Kirkpatrick, Sean Young, Mikalah Gordon, Lorenzo Lamas, and Irene Cara to win the competition. Bach toured with Guns N' Roses as the opening act for their "Chinese Democracy Tour" from 2009 to 2010. He voiced Prince Triton, the son of King Neptune, in the 2010 "SpongeBob SquarePants" episode "SpongeBob and the Clash of Triton," and from 2012 to 2013, he toured with the all-star band Big Noize. In 2019, Bach toured for the 30th anniversary of Skid Row's debut album, playing the album in its entirety on more than 40 dates. Though he invited his former bandmates to "get onstage and jam" during the tour, only drummer Rob Affuso accepted the invitation, responding on Facebook "Sure! I'll be there dude."

Sebastian married Maria Aquinar on July 26, 1992, and welcomed son Paris on March 4, 1988, son London on January 17, 1994, and daughter Sebastiana on July 15, 2007. After the couple divorced in 2010, Bach began a relationship with model Minnie Gupta, and they became engaged in 2012 but split up two years later. Sebastian proposed to Suzanne Le two months after they began dating, and they married on August 26, 2015.

In July 2017, Bach underwent hernia surgery that was "singing related. He wrote on social media, "After years of doing what I do, rock 'n' roll has taken a toll on a part of my body, and tomorrow I am going to get it fixed." Sebastian later told "Loud" magazine, "I had a hernia from screaming my guts out…I definitely think, well, I know, that's it's from screaming on stage for all those years because I have to contort my body into weird positions." Bach has fired off numerous angry tweets about Donald Trump, such as "Our reality TV show host leader is a petulant little baby who doesn't believe in science when it's science and science only that will get us out of this science fiction novel. He is killing us." In a 2018 interview, he revealed that he had voted for Hillary Clinton in the 2016 presidential election, stating, "I don't understand how anybody would accept a reality show host as president instead of a politician. It's insanity."

In 1990, Skid Row won an American Music Award for Favorite Heavy Metal/Hard Rock New Artist and earned a nomination for Favorite Heavy Metal/Hard Rock Album for their self-titled debut. Bach and his "American Satan" co-stars were named Best Ensemble Cast at the 2017 Northeast Film Festival, and Sebastian was nominated for Best Guest Appearance (Comedy) for "Adults Only" at the 2013 Indie Series Awards. 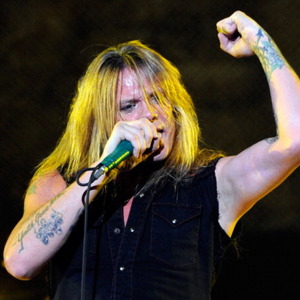