What was Scott Weiland's Net Worth?

Scott Weiland was an American musician who had a net worth of $2 million at the time of his death. Weiland had a very successful career, but he struggled with drug addiction, and sadly, his vices caught up with him in December 2015 when he was found dead on his tour bus at the age of 48. In mid-2019, it was reported that Scott's estate has accrued more than $1 million in royalties in the years since his tragic death.

Weiland was most famous for his work with the Grammy-winning rock band Stone Temple Pilots. He also had a five-year career with the supergroup Velvet Revolver (which also featured Slash, Duff McKagan, Matt Sorum, and Dave Kushner) and a solo career. Scott released six studio albums with Stone Temple Pilots, two with Velvet Revolver, and one with Art of Anarchy as well as five solo albums. He also launched a clothing line, Weiland, for English Laundry in 2009, and he published his autobiography, "Not Dead & Not for Sale" (co-written with David Ritzby), in 2011.

Scott Weiland was born Scott Richard Kline on October 27, 1967, in San Jose, California. His parents, Sharon and Kent, got divorced when Scott was young, and he was legally adopted by his stepfather, David Weiland, at the age of 5. The family moved to Bainbridge Township, Ohio, and Weiland studied at Kenston High School. They returned to California when Scott was 14, and he attended Huntington Beach's Edison High School and Orange County's Orange Coast College. In the late 1980s, he worked as a layout artist at the "Los Angeles Daily Journal," but he quit around 1991 to pursue a music career. In Weiland's autobiography, he revealed that he had been raped by a high school senior when he was12 years old. He stated that he had been afraid to tell anyone what happened and that he repressed the memory until he went to therapy while he was in rehab. Scott had a younger brother, Michael, who died of a drug overdose in 2007.

Weiland met Robert DeLeo at a Black Flag concert in 1986, and they formed a band with David Allin and Corey Hicock, who had been Scott's friends since childhood. DeLeo's brother, Dean, and Eric Kretz later replaced Allin and Hicock, and the group chose the name Stone Temple Pilots because they liked the initials "STP." They released their debut album, "Core," in 1992, and the 8x Platinum album featured the hit singles "Plush," "Creep," "Sex Type Thing," and "Wicked Garden." The band went on to release five more albums before Weiland's death: "Purple" (1994), "Tiny Music… Songs from the Vatican Gift Shop" (1996), "No. 4" (1999), "Shangri-La Dee Da" (2001), and "Stone Temple Pilots" (2010). "Purple," "Tiny Music…," and "No. 4" all went Platinum or higher, and the singles "Vasoline," "Interstate Love Song," "Big Bang Baby," "Trippin' on a Hole in a Paper Heart," and "Lady Picture Show" topped the "Billboard" Mainstream Rock chart.

In the mid-to-late 1990s, Scott recorded tracks with the Magnificent Bastards and the Wondergirls. During this period, Stone Temple Pilots had to cancel most of the dates on their 1996–1997 tour so Weiland could enter rehab, and he served five months in prison for drug possession in 1999. The group disbanded in 2002, then reunited in 2008 for a U.S. tour; they were planning a 20th anniversary tour in 2012, but it never happened, and Scott was kicked out of the band in February 2013. Besides his work with Stone Temple Pilots, Weiland recorded the albums "Contraband" (2004) and "Libertad" (2007) with Velvet Revolver and a 2015 self-titled album with "Art of Anarchy." As a solo artist, he released 1998's "12 Bar Blues," 2008's "Happy" in Galoshes," and 2015's "Blaster" (with the Wildabouts). In 2011, Scott released the album "A Compilation of Scott Weiland Cover Songs," featuring his take on tracks by artists such as Nirvana, Radiohead, The Beatles, David Bowie, and The Rolling Stones. That year, Weiland also put out a holiday album, "The Most Wonderful Time of the Year." 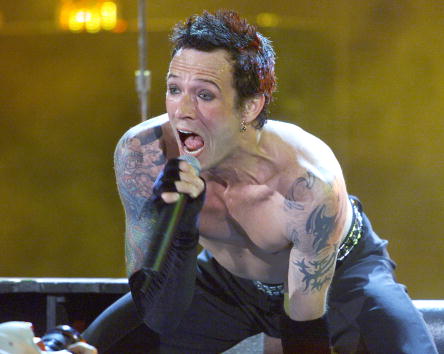 Scott married Janina Castaneda on September 17, 1994, and they divorced six years later. He wed Mary Forsberg on May 20, 2000, and they welcomed son Noah in November 2000 and daughter Lucy in July 2002. Weiland and Forsberg divorced after seven years of marriage, and in 2005, Scott and Noah appeared together on an episode of "The Showbiz Show with David Spade." Weiland married Jamie Wachtel on June 22, 2013, and the two remained together until his death.

Scott was diagnosed with bipolar disorder at the age of 34, and he had hepatitis C, which was "likely acquired from years of ­intravenous drug use." He was convicted of buying crack cocaine in 1995 and was put on probation for a year. After his probation ended, his drug use increased when he spent two months living in a hotel room next door to Courtney Love. In a 2005 interview, Weiland stated that he began drinking alcohol and using cocaine as a teenager. Scott stayed clean from 2002 to 2007, but after his brother's death, he "had a coke binge," then spent a month at a rehabilitation center in early 2008. Shortly after Scott died, his wife revealed that he had been drinking heavily before his last tour.

On December 3, 2015, Weiland was on tour with the Wildabouts when he was found dead on the band's tour bus in Bloomington, Minnesota. Police found a small amount of cocaine near Scott's body, and they also found Xanax, sleeping pills, and other prescription drugs on the tour bus. An autopsy revealed that Weiland had alcohol, cocaine, and methylenedioxyamphetamine in his system at the time of his death, leading the medical examiner to rule his death an accidental overdose; the autopsy report also noted that Scott had a history of atherosclerotic cardiovascular disease and asthma. A small funeral was held on December 11th at Hollywood Forever Cemetery, attended by Weiland's bandmates from Stone Temple Pilots and Velvet Revolver. His ex-wife Mary and their two children didn't attend the funeral, choosing to have a private ceremony instead.

At the time of Weiland's death, his estate included $2 million in assets, and in early 2016, Mary filed documents to be named the executor. Later that year, Scott's widow filed a claim against the estate, saying that per their prenuptial agreement, Weiland had agreed to deposit $2,000 into an account for Jamie every month. According to Jamie, Scott had made just two deposits in the account, so she wanted $64,406 from his estate; a judge denied her claim in 2019. In 2018, the California State Tax Franchise Board filed a lien for nearly $250,000 against the estate, and a judge ordered the estate to pay Scott's children $4,000 per month. The following year, the IRS followed suit, filing a federal tax lien against the estate on the grounds that he failed to pay federal income tax from 2012 to 2014. 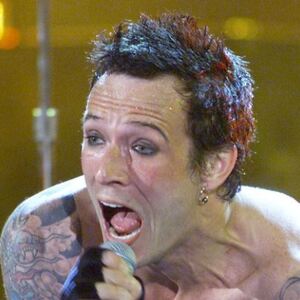