Scott Raynor net worth: Scott Raynor is an American musician who has a net worth of $500 thousand. Scott Raynor was born in Poway, California in May 1978. Scott Raynor is best known for being the original drummer of the rock band Blink-182. He joined the band at just 14 years old as their drummer and percussionist.

Blink-182 formed in 1992 and released their debut studio album Cheshire Cat in 1995. Their album Dude Ranch was released in 1997 and gained national attention. Raynor left the band in 1998 before they became very popular. He left due to alcohol abuse and tension in the group and was fired during a tour and replaced by Travis Barker. Raynor later played with bands including The Axidentals and Grimby. He has contributed a charity called StandUp for Kids. 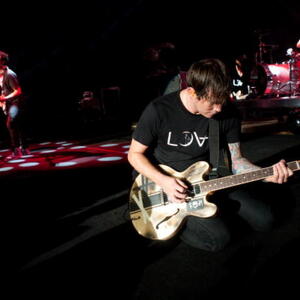