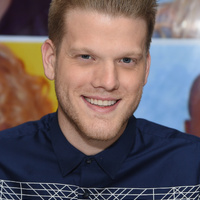 Scott Hoying net worth: Scott Hoying is an American singer, songwriter, pianist, actor, and producer who has a net worth of $8 million. Scott Hoying was born in Arlington, Texas September 1991. He is best known for being a member of the a cappella group Pentatonix. Hoying started performing at eight years old and was a member of the SoVoCals at the University of Southern California. Along with Pentatonix member Mitch Grassi he runs a very popular YouTube channel called sup3rfruit. Pentatonix became famous on the reality television series The Sing-Off in 2011. The group met the day before the auditions and eventually won the season. They released their studio debut PTX, Vols. 1 & 2 in 2014 as well as the album PTX in 2014. Pentatonix's album That's Christmas to Me was released in 2014 and reached #2 on the Billboard 200 chart. Their self-titled album was released in 2015 and reached #1 on the Billboard 200 chart. The group's album A Pentatonix Christmas was released in 2016 and reached #2 on the Billboard 200 chart. The group has won two Grammy Awards and several others awards as well. Hoying is considered a founding member of Pentatonix and sings baritone lead and backing vocals.