What is Sammy Hagar's net worth?

Sammy Hagar is an American rock singer and entrepreneur who has a net worth of $150 million. Known as "The Red Rocker", Sammy Hagar is probably most famous for his association with the band Van Halen. He replaced David Lee Roth as the lead singer of the iconic rock band in 1985. He worked with Van Halen from 1985 to 1996 and then again from 2003 to 2005.

While Sammy made his first fortune in the music industry, the bulk of his net worth today actually has nothing to do with Van Halen. In the late 1990s, Sammy began selling his own brand of Tequila named "Cabo Wabo" after a bar he bought in Cabo San Lucas, Mexico in the 1980s. Over the years, his bar and tequila became very popular not just with locals, but with global distributors.

In 2007, Sammy sold 80% of the Cabo Wabo tequila company to Gruppo Campari for $80 million. In 2009 he sold the remaining 20% for an additional $15 million. The company was majority-owned by Hagar which means he personally took home around $95 million from the deals.

Samuel Roy Hagar was born in Salinas, California, United States, on October 13, 1947. Not long after he was born his family moved to Fontana in Southern California for his father's job at a steel mill. When Hagar was a teenager, he started getting interested in Southern California's growing music scene. When he was 14, Hagar started his first band, the Fabulous Castilles. Hagar graduated from Fontana High School. In 1967, Hagar joined the Johnny Fortune Band as a vocalist and guitarist. He also was a member of the band the Justice Brothers, which were the house band at the San Bernardino, California nightclub called simply, The Nightclub.


In 1973, Hagar got his first big break with the band Montrose. He was with the band for their debut and second albums. Hagar wrote his first-ever song, "Bad Motor Scooter," for Monstrose.  Hagar began his solo career after quitting Montrose. Hagar had one of the biggest hits of his solo career in the 1980s, with "I Can't Drive 55," from his 1984 album "VOA." He became known as the Red Rocker during this time.

In July 1985,  Eddie Van Halen reached out to Hagar to fill the opening David Lee Roth's departure from Van Halen had created. Van Halen, with Hagar as the frontman, released four multi-platinum, chart-topping albums: "5150," "OU812," "For Unlawful Carnal Knowledge," and "Balance." The Hagar years of Van Halen also produced nine number one rock hits on the charts. During this time, fans often called the band Van Hagar. Discord within the band led to Hagar leaving Van Halen during the summer of 1996.

As a side project in the early 90s, Hagar, along with Van Halen's bassist Michael Anthony and drummer David Lauser formed the rock band Los Tres Gusanos, which translates to The Three Worms. The band played Hagar's songs, Van Halen's songs, and cover songs, both at Hagar's nightclub Cabo Wabo in Cabo San Lucas and at various locations in San Francisco.

Hagar rejoined Van Halen in late 2003. The following year, the band released a greatest hits collection called "The Best of Both Worlds" and embarked on a world tour with Hagar. Unfortunately, the old tensions in the band resurfaced during the tour.

Hagar marketed a line of premium tequila named Cabo Wabo. He also owns a nightclub and restaurant in Cabo San Lucas, Mexico called Cabo Wabo Cantina/ Hagar plays at the club during his annual "Birthday Bash." In early 2009, Hagar opened "Sammy's Beach Bar & Grill" at Harrah's Casino in St. Louis, Missouri. Shortly after, another was opened in the Southwest Airlines terminal at McCarran Airport in Las Vegas, Nevada. Hagar donates all of the profits of both locations to local charities. 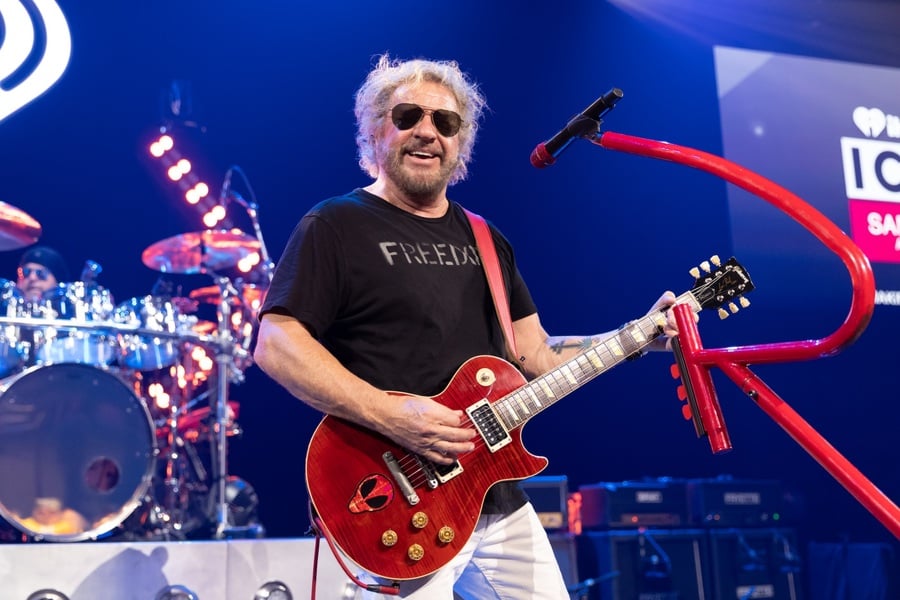 In May 2020, Hagar came under fire for comments he made a comment during an interview with Rolling Stone in which he said: "I'm not going to go around spreading the disease. But there may be a time where we have to sacrifice. I mean, how many people die on the Earth every day? I have no idea. I'm sorry to say it, but we all gotta die, man." Naturally, because this is the Internet, people took offense, requiring Hagar to clarify his remarks.

Sammy and Kari's primary residence has long been a home in Mill Valley, California, in Marin County north of San Francisco. He bought the home in 1978 for $160,000. He also owns a home several hours north in Lake Tahoe which he bought in 2007 for $450,000.

Hagar has been trying to sell his Lake Arrowhead, California estate for a few years now without success. According to the Los Angeles Times, the 6,557 square foot house is now up for rent for $30,000 a month or for weekends. The chateau, which was built in 2009, is three stories high with eight bedrooms, eight and a half bathrooms, and a separate guesthouse. Hagar originally purchased the property in 2009 for $2.3 million. When he first placed it for sale a few years ago, it was going for $5.25 million but has since been reduced to $3.9 million.

Sammy is a noted car enthusiast, especially Ferraris. In 2015 he custom ordered a $2.2 million white LaFerrari. Out of 499 LaFerraris that exist in the world, he has the only one painted white. 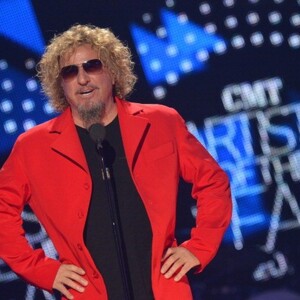