Sam Bush net worth: Sam Bush is an American mandolinist who has a net worth of $1 million. Sam Bush was born in Bowling Green, Kentucky in April 1952. He is considered to be an originator of the progressive bluegrass genre. Sam Bush released his debut studio album Together Again For The First Time (with Alan Munde) in 1977. He released the albums Late as Usual in 1985, Glamour & Grits in 1996, Howlin' at the Moon in 1998, and Ice Caps: Peaks of Telluride in 2003. Sam Bush released the album Hold On, We're Strummin' (with David Grisman) in 2003 and the album reached #7 on the US Bluegrass charts. His album King of My World was released in 2004 and reached #2 on the US Bluegrass charts as did his 2006 album Laps in Seven. Bush's albums Circles Around Me in 2009 and Storyman in 2016 both reached #3 on the US Bluegrass chart. Sam Bush was also a member of the bluegrass band New Grass Revival. 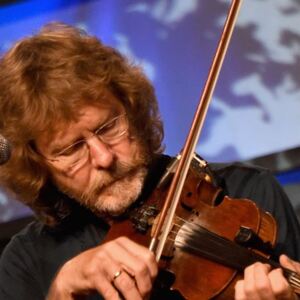