What is Ryan Tedder's Net Worth?

Ryan Tedder is an American singer-songwriter, musician, and producer who has a net worth of $145 million. Dubbed "the undercover king of pop," Ryan Tedder has written some of the most successful singles of all time for some of the industry's biggest names. He is also the lead singer of the band OneRepublic. Over the years, Ryan Tedder has won three Grammy Awards. In January 2021, Ryan sold the rights to his song catalog to an investment firm called KKR for $200 million.

Ryan Benjamin Tedder was born on June 26th of 1979 in Tulsa, Oklahoma. Raised by a family of missionaries, he was exposed to music at an early age and began learning how to play the piano at age 3. By the age of seven, he had started to learn how to sing. Throughout the next few years, Tedder continued his musical education, allegedly singing for two hours per day during certain periods.

Tedder first got his start as an intern at DreamWorks SKG, eventually helping artists create demo reels by singing and recording with them. Later, 'N Sync's Lance Bass held a singer/songwriter competition which Tedder won. Although he was promised a record deal as a prize, it never materialized.

In 2002, Ryan Tedder co-founded the band OneRepublic. That year, he also started collaborating with Timbaland, working with a range of different artists as a producer. In 2007, he signed a worldwide publishing administration deal with Kobalt Music Publishing. OneRepublic first arrived on the scene with the hit single "Apologize," which Tedder wrote. Tedder then wrote Leona Lewis' "Bleeding Love," and the 2008 hit single became even more successful.

OneRepublic has become quite successful thanks to Ryan Tedder's songwriting skills, but he also contributes to the band as a multi-instrumentalist and vocalist. On stage, he sometimes switches between guitar, piano, tambourine, and other instruments.

Outside of OneRepublic, Ryan Tedder has worked with some of the most successful artists in the music industry. These include Taylor Swift, James Blunt, Carrie Underwood, Demi Lovato, Hillary Duff, and countless others.

In particular, Tedder gained notoriety after working with Jennifer Lopez on her single "Do it Well." He also wrote many songs for Kelly Clarkson's album All I Ever Wanted in 2009. He then wrote the song "Halo" by Beyonce. In addition, he worked with Adele on her single "Rumour Has It." In 2017, Ryan Tedder began working with Camila Cabello on her new album, Camila. Tedder was especially involved in the creation of the song "Into It."

Ryan Tedder is married to his wife, Genevieve. Over the course of their relationship, they had two children together. 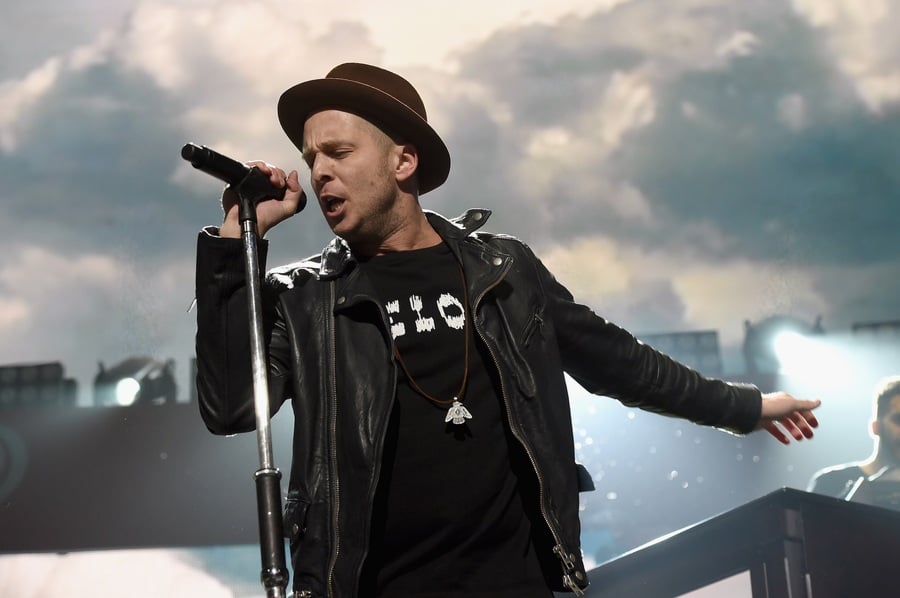 In 2009, Ryan Tedder started his own record company: Patriot Records. Over the years, Patriot Records has worked with artists such as My Name Is Kay and Nikki Flores. Ryan Tedder also founded his own publishing company in 2009. Patriot Games Publishing has established a notable presence in the songwriting industry, and Tedder's team of writers have been credited with hits by artists such as Beyonce, The Lonely Island, Leona Lewis, and many others.

In the course of running these businesses and operating as an individual songwriter, Ryan Tedder has spoken out about the dangers of copyright cases being leveled against him and his team. Tedder stated that he often needs to hire music specialists just to prove that the song is unique and original and that this often costs thousands of dollars.

Ryan Tedder also started numerous businesses over the course of his career, including a company that specializes in CBD, non-alcoholic beverages. The company is named Mad Tasty, and it aims to provide the alleged health benefits of CBD with a smooth taste.

Although Justin Timberlake started the Southern Hospitality restaurant in 2007, Ryan Tedder later became involved in the franchise, eventually helping to expand the brand. In 2011, it was announced that Tedder (who is a passionate cook) had become the first franchisee for the Southern Hospitality BBQ brand. There are plans to expand the restaurant with locations around the nation, and Tedder has since been working closely with Timberlake to develop the business.

At the time of the sale, Tedder was 41 years old. He is one of the youngest musicians to earn such a massive catalog sale windfall. Most comparable mega sales have gone to artists in their 70s or 80s with a half century of work under the belt.

Ryan Tedder has a notable history of real estate investments. In 2013, he paid $2.85 million for a compact property in Venice. Two months later, he sold it for $2.95 million. In 2015, it was reported that Ryan Tedder had purchased a Beverly Hills mansion for $7.5 million, buying the property from movie producer Gregory Goodman. He would later list Goodman's house in 2017 for a price of $12.75 million. The property features over 5,300 square feet of living space and an extensive backyard.

Not long after Tedder bought Goodman's place in 2015, he purchased an additional Beverly Hills property for $12 million. In 2017, Ryan Tedder acquired an $8.25 million mansion in West Hollywood. The property boasts 8,580 square feet of living space and a 675-square-foot swimming pool. In addition, Ryan Tedder reportedly owns an $11-million apartment in Manhattan.

Finally, Ryan Tedder has a history of investing in office buildings alongside a consortium of other investors. In 2018, it was reported that Ryan Tedder had led a group of investors in the acquisition of a $33 million office complex in Los Angeles. A year later, Tedder was allegedly the main investor behind a new duplex project in Cherry Creek, Denver. 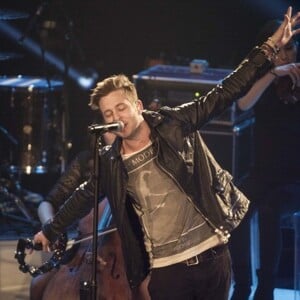