Ryan Ross net worth: Ryan Ross is an American singer, songwriter, and musician who has a net worth of $3 million. Ryan Ross was born in Las Vegas, Nevada in August 1986. He is best known for being the lead guitarist, backup vocalist, and songwriter for the band Panic! at the Disco.

Panic! at the Disco formed in Las Vegas, Nevada in 2004. The band's debut album A Fever You Can't Sweat Out was released in 2005 and went Platinum in the US, UK, and Australia. Their 2008 album Pretty. Odd. Reached #1 in Australia and #2 in the United States, Canada, and the United Kingdom. Their most popular singles include "I Write Sings Not Tragedies", "Nine in the Afternoon", and "The Ballad of Mona Lisa". Panic! at the Disco won an MTV Video Music Award in 2006 for Video of the Year and has been nominated for six other MTV Video Music Awards and two Grammy Awards. Ross left the band in 2009 and formed The Young Veins with former Panic bassist Jon Walker. The band released their only album Take a Vacation! in 2010. Ross released a solo EP in 2013. 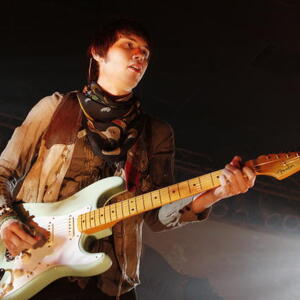