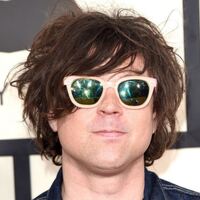 What is Ryan Adams' Net Worth?

Ryan Adams is an American singer/songwriter, musician, and producer who has a net worth of $1 million. Over the course of his career, he has released 18 solo albums, plus a further three studio albums with the band Whiskeytown. After leaving Whiskeytown in 2000, Adams embarked on a successful solo career, starting with the release of his debut album "Heartbreaker." This album became particularly popular in the UK.

Further albums quickly followed, with Ryan creating music at a fast rate. After a wrist injury forced him to put his music career on pause, he returned to form his backing band, The Cardinals. However, he disbanded this group after the release of one album and took another break due to his struggle with Ménière's disease. His next album, "Ashes & Fire," proved to be very successful both financially and critically. His career was then derailed once again by sexual harassment allegations, causing his planned albums to be delayed until 2020 and 2021.

Adams is especially well-known for his songwriting capabilities. Although he sings like a Country vocalist, he has experimented with numerous musical styles over the course of his career, including alternative rock, punk rock, alt-country, and many others. Ryan has earned considerable praise from artists like Frank Turner, Elton John, Willie Nelson, Taylor Swift, Noel Gallagher, and many others. He is known for working alongside artists like Willie Nelson, Fall Out Boy, Counting Crows, Weezer. He often produces albums for well-known artists.

David Ryan Adams was born on November 5th of 1974 in Jacksonville, North Carolina. After his father left the family, he and his two siblings were raised by their grandparents. At a young age, Ryan's writing talents became clear. He also learned how to play an electric guitar at the age of 14. After dropping out of high school in the 10th grade, Adams pursued his musical career, working with a number of bands while obtaining his GED.

Ryan Adams was engaged to singer-songwriter Leona Naess, but they eventually called it off in 2003. Five years later in 2008, Adams began dating Mandy Moore. They were engaged a year later, and they married in 2009. After six years, the pair announced that they were separating, and the divorce was finalized in 2016. 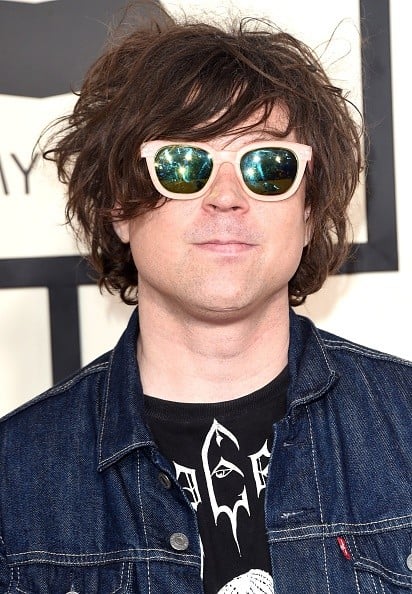 In 2007, Ryan Adams revealed that he had been struggling with substance abuse for a number of years. However, he also revealed that this period of addiction had ended in 2006. He stated that during these struggles, he would regularly snort heroin mixed with cocaine. He also admitted to abusing alcohol and prescription medication. Fortunately, he was able to overcome his substance abuse with a mixture of Valium therapy, 12-step meetings, and support from his then-girlfriend Jessica Joffe.


Ryan Adams is often mistaken for Bryan Adams due to the similarity of the two artists' names. During one infamous live performance by Ryan Adams, a fan (who was allegedly intoxicated) yelled out "Play Summer of '69!" The song is of course by Bryan Adams, not Ryan Adams. Ryan was reportedly so enraged by this that he immediately screamed a number of expletives, ordered the house lights to be turned on, and found the fan who had yelled the request. He then issued him a full refund for his ticket and ordered him to leave, refusing to continue with the performance until this fan had left the building.

Later, Adams claimed that he had thrown the man out of the performance because he was drunk, and not because he had shouted a request for a Bryan Adams song. Years later, Ryan performed at the same venue and finished with a cover of "Summer of '69" as a reference to this incident. Bryan Adams and Ryan Adams are friends.

In 2019, Ryan Adams was accused of multiple women of sexual harassment. One of these women was Mandy Moore, his ex-wife. They claimed that Adams had offered to help with their musical careers. After these promises were made, he then reportedly made romantic advances. When these advances were rejected, he allegedly retaliated against them by sabotaging their careers and harassing them online. One individual accused him of sending her sexual messages when she was underage.

Adams quickly denied all of these allegations, but it was soon reported that the FBI was investigating him due to his communications with an underage fan. Later in 2019, the FBI announced that they were dropping their investigation, as no evidence of illegal communication or behavior with underage fans had been discovered. The fan that had originally accused Ryan of sending sexually explicit texts later released a statement confirming that she had lied about her age while communicating with him, telling him repeatedly that she was 18 years old.

With all that said, the controversy still affected Adams' career. He was forced to cancel a tour in Britain and Ireland, and full refunds were issued to ticket holders. He also released an official statement in 2020, apologizing for his behavior and actions.