Ry Cooder net worth: Ry Cooder is an American musician, songwriter, record producer, and film score composer who has a net worth of $5 million. Ry Cooder was born in Los Angeles, California in March 1947. He has played with many artists including Captain Beefheart, Eric Clapton, Van Morrison, The Rolling Stones, Randy Newman, Neil Young, The Doobie Brothers, The Chieftains, and more.

Cooder also formed the band Little Village. He plays guitar, bass, mandolin, banjo, and more and his styles include Americana, roots rock, folk, blues, and more. In 2003 he was ranked #8 on Rolling Stone magazine's The 100 Greatest Guitarists of All Time. Ry Cooder released his self-titled debut studio album in 1970 and has also released the albums Into the Purple Valley, Boomer's Story, Paradise and Lunch, Chicken Skin Music, Show Time, Jazz, Bop till You Drop, Borderline, The Slide Area, Get Rhythm, Chavez Ravine, My Name Is Buddy, I, Flathead, Pull Up Some Dust and Sit Down, Election Special, and The Prodigal Son. 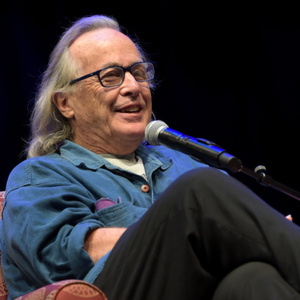