Rudy Sarzo is a Cuban American hard rock/heavy metal bassist who has a net worth of $16 million. Rudy Sarzo has earned his net worth by performing in several heavy-metal bands such as; Quiet Riot, Ozzy Osbourne, Whitesnake, Manic Eden, and Blue Oyster Cult.

Sarzo was born in Havana, Cuba on November 11, 1950, and he immigrated to the United States in 1961. From March 1981 to September 1982, Sarzo was a bass player in ex-Black Sabbath vocalist Ozzy Osbourne's band. He was adopted into the band by guitarist Randy Rhoades, who previously played with him in Quiet Riot. Sarzo played on two of Osbourne's live albums, Speak of the devil and Tribute. Sarzo first played with Quiet Riot in the late 70's, and then later in September of 1982 he rejoined the band. Sarzo appeared numerous MTV videos and the readers of Circus magazine voted him 1983's Top Bassist. He was a member of the Quiet riot band during the peak of their success and remained a member until January of 1985; he left due to friction between him and vocalist Kevin DuBrow. He was a member of the band Whitesnake from April 1987 until lead singer David Coverdale put the band on hiatus in September 1994. Between 1999 and 2001 Sarzo rejoined Quiet Riot on multiple occasions, and recorded albums with them. He joined Yngwie Malmsteen's Rising Force for the U.S. 30 city "Attack Tour" in February 2004, and later the same year he became a member of the group Dio. Sarzo wrote a book about his time in Ozzy Osbourne's band, in 2006. The book talks about his memories of guitarist Randy Rhoads, a close friend who died in a plane crash during the Diary of a Madman American tour. In 2007, Sarzo became the bassist for the group Blue Oyster Cult, taking the place of Richie Castellano.

Sarzo is a counselor for the Rock 'n Roll Fantasy Camp. 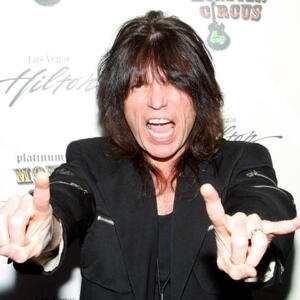