Royston Langdon Net Worth: Royston Langdon is a British singer and musician who has a net worth of $4 million. Royston Langdon was born in Leeds, West Yorkshire, England in May 1972. Langdon is the lead singer and bassist for the rock band Spacehog. Spacehog formed in 1994 In New York City although all the members are from Leeds. Their debut studio album Resident Alien was released in 1995 on Sire records. The album reached the top 50 in the US, Canada, the UK, and Australia. It contained their biggest hit single "In the Meantime" which hit #1 on the US Mainstream and #2 on the US Modern Rock charts. Their single "Cruel to Be King" also charted. Their second album The Chinese Album was released in 1998. The album contained the singles "Mungo City" and "Carry On". Their third album The Hogyssey was released in 2001 on Artemis Records and contained the single "I Want to Live". Their latest album As It Is on Earth was released in 2013 on Redeye. Langdon was also part of the band Arckid with other members of Spacehog. Royston is also known for being married to Liv Tyler from 2003 to 2008. The couple had a son Milo William Langdon. 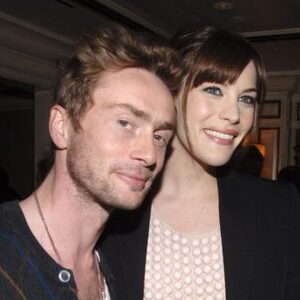