Roy Ayers net worth: Roy Ayers is an American music composer, musician, and music producer who has a net worth of $10 million. Roy Ayers was born in Los Angeles, California in September 1940. He plays the vibraphone and keyboards and his musical styles including jazz, jazz fusion, funk, acid jazz, disco, R&B, soul jazz, house, and hip hop. He released several albums on Atlantic Records and Polydor Records and is considered a pioneer of the jazz-funk genre. Ayers is also considered to be a key figure in the acid jazz movement. He has often been sampled by other artists. Some of his best known compositions including "Searchin", "Everybody Loves The Sunshine", and "Running Away". In addition to his 33 albums, Roy Ayers has also played as a sideman on albums by Curtis Amy, Herbie Mann, David Newman, Leroy Vinnegar, Gerald Wilson, Jack Wilson, and Erykah Badu. He received a Congress of Racial Equality Lifetime Achievement Award. 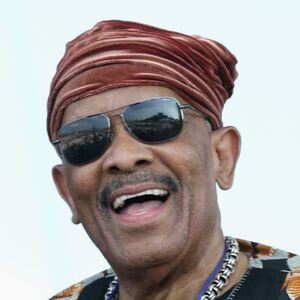