Ross Valory net worth: Ross Valory is an American musician who has a net worth of $20 million. Ross Valory was born in San Francisco, California in February 1949. He is best known for being the former bass player for the band Journey. Valory is one of only two original members who are still performing with the band. Journey formed in San Francisco in 1973 and released their self-titled debut studio album in 1975. Journey released the albums Look into the Future in 1976, Next in 1977, Infinity in 1978, Evolution in 1979, and Departure in 1980. Their 1981 album Escape reached #1 on the Billboard 200 chart and the band also released the albums Frontiers in 1983, Raised on Radio in 1986, Trial by Fire in 1996, Arrival in 2001, Generations in 2005, Revelation in 2008, and Eclipse in 2011. Journey had success with the singles "Wheel in the Sky", "Lovin', Touchin', Squeezin", "Any Way You Want It", "Who's Crying Now", "Don't Stop Believin'", "Open Arms", "Separate Ways (Worlds Apart)", and "When You Love a Woman". Valory has also played with The Storm, the Steve Miller Band, and Frumious Bandersnatch.

In March 2020, Ross was fired from Journey after allegedly attempting to take control of the company that controls the copyright to the band's name. The move would have allowed Ross and drummer Steve Smith to license the band name outside of the other group members. Little did they know that the company they attempted to take over actually did not itself own the rights to the band name and other intellectual property. A different company called Elmo which was formed by Steve Perry, Jonathan Cain and Neal Schon in 1985. 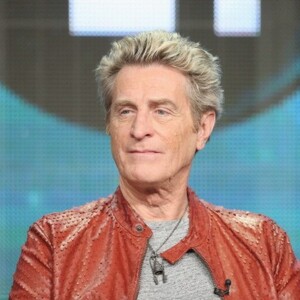