What is Ronnie Wood's Net Worth?

Ronnie Wood is an English rock musician who has a net worth of $200 million dollars. Best known for his involvement with the band The Rolling Stones, Ronnie Wood is a talented musician and artist capable of playing multiple instruments. Although his work in music has propelled him to fame and financial success, Wood is also a celebrated and gifted visual artist, and his work has been featured in art exhibitions across the globe.

Wood was born into a family of "water gypsies," a term used to describe people who spend most of their lives traveling in barges down narrow canals. According to Wood, his birth in 1947 marked the beginning of the first ever generation of his family that had been born on dry land.

By a very young age, Ronnie Wood's artistic talent was plain to see. While his skills as a visual artist first caught the eye of his family, he nonetheless became an accomplished musician by the age of ten. At this time, he performed his first gig at the Regal Cinema in London, alongside his father.

By the time Ronnie Wood had reached his teen years, he had already established himself as a professional musician with a band called The Birds. Wood played the guitar and wrote or co-wrote many of their songs. While the band was never as successful as The Rolling Stones, it was nonetheless quite popular as a local act with entertaining live performances.

After attending a variety of school as a boy, Ronnie Wood eventually enrolled in Ealing College, a well-known art school that produced some of the world's most famous musicians and artists. Along with Ronnie Wood, Ealing has produced musicians such as Freddie Mercury and Pete Townshend. 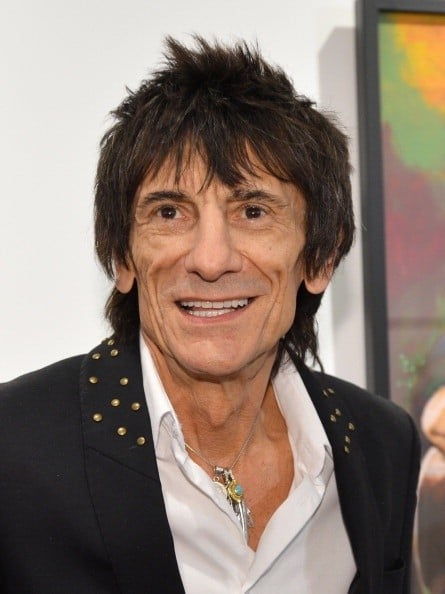 After The Birds, Wood joined a number of groups, including Santa Barbara Machine Head, The Jeff Beck Group, and The Creation – usually as a bass guitarist. A string of other projects finally ended with Ronnie joining a band called Faces, and he returned to his instrument of choice – the guitar. At the time, Faces represented Ronnie Wood's most successful project, and the band was one of the most profitable live acts of the decade. Along with the guitar, the multi-talented artist also played the harmonica and bass guitar for many of their recordings while singing and writing many of their songs.

By the early 70s, Ronnie Wood had established a close relationship with many well-known figures within the music industry, including members of The Rolling Stones. Mick Taylor had been a close friend since the 60s, and the two worked together on Wood's solo album. This led Wood to collaborate with Keith Richards and the other members of the Stones on the song, "It's Only Rock n' Roll," which in turn led Richards and Mick Jagger to contribute to Wood's solo album.

When Mick Taylor left The Rolling Stones in 1974, Ronnie Wood was the obvious replacement. After touring with the band and contributing to their album, Black and Blue, Wood left the dissolving Faces and officially become a "Stone." Woods plays a slide steel guitar for The Rolling Stones – just like his predecessors. 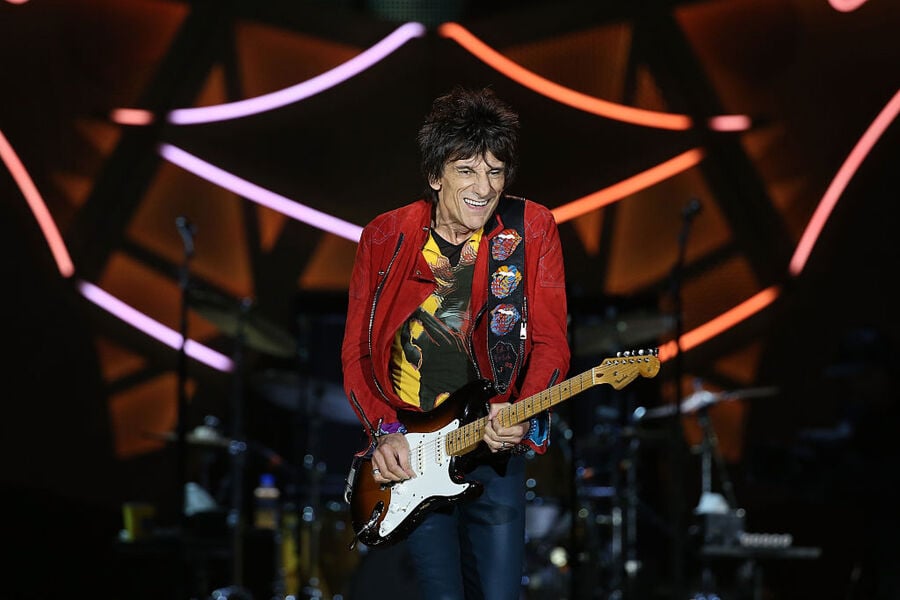 Ronnie Wood has six children. His first wife was a former model, and they split up in 1978 after having one son together. In 1985, he remarried, having two more children and adopting his new wife's previous son from another marriage. Ronnie Wood also has over six grandchildren. In 2008, Wood left his wife to pursue a relationship with Katia Ivanova. His wife filed for divorce in 2009.

In 2012, Woods married Sally Humphries and the couple welcomed two twin girls into the world in 2016. Woods was 69 at the time. 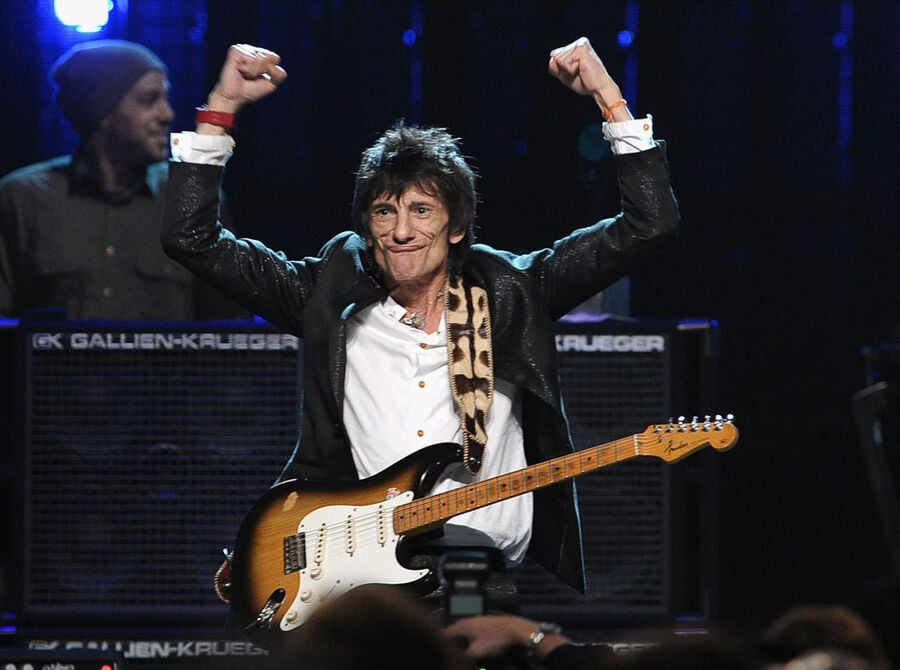 Ronnie Wood has admitted to having problems with addiction to drugs and alcohol. Being exposed to the music industry at such a young age also exposed him to its negative aspects, and Wood was drinking heavily by the time he was 14.

Although the rest of The Rolling Stones were obviously involved in the same levels of intoxication synonymous with a rockstar lifestyle, Wood went beyond that which was considered acceptable by his bandmates. At one point, the guitarist was allegedly so "messed up" that Keith Richards held a gun to his head.

The rocker has been in and out of rehab continuously, although with spells of sobriety here and there. In 2006, he checked himself into rehab after a three-year stretch of not drinking. By his own admittance, the musician has been in rehab at least six times.

In 2017, the musician was diagnosed with lung cancer. Although Wood refused to accept chemotherapy, he nonetheless recovered completely after part of his lung was surgically removed.

Although music provided Wood his pathway to fame and fortune, this talented artist displayed the skills and passion to succeed in virtually any artistic discipline. By 2020, Ronnie Wood was still a touring member of The Rolling Stones and an active visual artist.

Ronnie Wood owns a number of homes including a mansion in the suburbs of London. Wood's estate sits on 2.31 acres of rolling green lawns. The 3-floor main house opens into a vestibule that has a pointed Gothic arch door leading to a reception hall. The church like architecture is repeated throughout the mansion. The home is 11,590 square feet and has 9 bedrooms and 9 bathrooms. The reception hall is used as the formal living room, featuring hardwood floors and paneled walls, a leaded glass bay window, and a fireplace. The ground floor also includes a formal dining room with fireplace, morning room with fireplace overlooking the rear terrace and gardens, a family room with fireplace, and a solarium with stone flooring. There is a breakfast room with built in bar, and a kitchen with a pressed tin ceiling and stone flooring. The second floor second floor has a study, gym, and four bedrooms. The third floor has a large loft room, two bedrooms, and a two-room suite with kitchenette and private balcony. The estate also contains a cottage, lodge, wine cellar, garage building, and pool house. 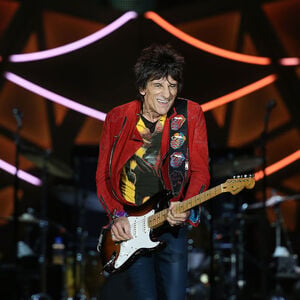