What is Roger Taylor's Net Worth?

Roger Taylor is an English musician, singer, and songwriter who has a net worth of $200 million. Although he is best known for being the drummer for the band Queen, Roger has also achieved considerable success as a songwriter. His songwriting career flourished with Queen, as he wrote at least one song for each of their albums and sometimes sang vocals for these compositions. After the death of Freddie Mercury and the subsequent decline of Queen, Taylor explored a wide range of additional songwriting opportunities.

To this date, Roger has written or co-written three UK number-one hits, such as "These Are the Days of Our Lives," "Innuendo," and "Under Pressure." His other major hits include "Radio Ga Ga," "A Kind of Magic," "Heaven for Everyone," "Breakthru," and "The Invisible Man." Over the course of his career, Taylor has collaborated with notable artists such as Eric Clapton, Roger Waters, Robert Plant, Phil Collins, Elton John, Foo Fighters, Bon Jovi, and many others.

Roger is also an established producer, having produced albums for artists such as Jimmy Nail and Magnum. As a vocalist, Taylor has been celebrated for his falsetto range. In addition to the drums, Roger is a proficient keyboardist, guitarist, and bassist. He also formed his own band called the Cross during the 80s. Outside of music, Taylor has appeared on a number of television shows, such as "Pop Quiz."

Roger Meddows Taylor was born on July 26th of 1949 in King's Lynn, Norfolk, England. He was born in a brand new maternity ward, and his pregnant mother actually had the chance to meet Princess Elizabeth (the future queen) when the royal was touring the facility. Roger was raised in King's Lynn before moving to Cornwall along with his younger sister. At the age of seven, Taylor formed his first band with a few friends. Roger played the ukulele. By the age of 15, he had joined a semi-professional rock band.

Taylor originally focused on being a guitarist, but he later switched to drumming when he realized he was better suited to the instrument. He taught himself how to tune his drums at an early age and was inspired by drummers such as Keith Moon and Mitch Mitchell. Although he would later become a highly successful musician, Taylor actually studied dentistry at the London Hospital Medical College, but he quickly became disillusioned with the field and studied biology instead. He then graduated from East London Polytechnic with a Bachelor of Science in biology.

Roger Taylor began his music career with a band called Smile in 1968, which also contained future Queen lead guitarist Brian May. This group stayed together for about two years after releasing a total of nine songs. In 1969, Taylor met Freddie Mercury for the first time when they were working together at Kensington Market. Freddie was a big fan of Smile at the time, and he managed to convince May and Taylor to come together and create a new band called Queen. The members finished the band by recruiting bassist John Deacon. 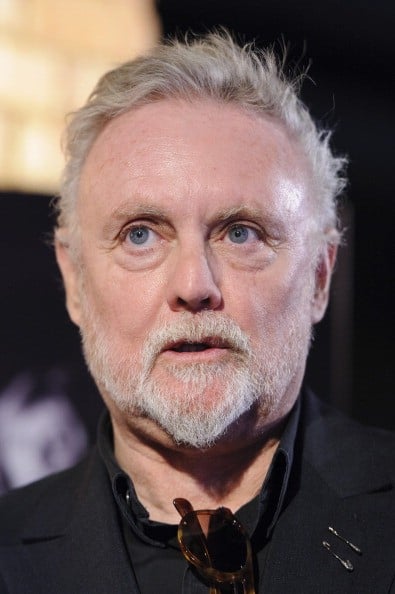 Queen released their first album in 1973, which received positive reviews. They followed up with "Queen II" later that year, which provided them with their first hits. Over the next few years, they released hits like "Killer Queen," "Bohemian Rhapsody," "Somebody to Love," "We Will Rock You," "We are the Champions," "Fat Bottomed Girls," "Another One Bites the Dust," "Radio Ga Ga," and many others. By 1988, it was becoming increasingly clear that Mercury was struggling with HIV/AIDS. In 1991, he passed away. After Freddie's passing, Queen continued with vocalists such as Paul Rodgers and Adam Lambert.

Rogers began his solo career as early as 1977, when he released his first single: "I Wanna Testify." He followed up with his first solo album in 1981, entitled "Fun in Space." Taylor played all instruments and performed all of the vocal responsibilities for this album. He then followed up with a number of additional albums over the years and founded a side project called the Cross, which ultimately broke up in 1993. Taylor also performed during Queen's induction into the Rock and Roll Hall of Fame in 2001. To this day, he continued to perform live, not just in concerts but also in various television programs.

In 2020, it was reported a 70-acre English countryside estate in which Taylor once lived had been listed for $6.1 million. Known as Milhangar House, this is the same residence where Roger wrote hits such as "Under Pressure." The residence features a recording studio that is constructed out of a 450-year-old water mill. The home itself was originally built in 1907 and lies in the Surrey village of Thursley, not far from London.

Additional highlights include a tennis court, stables, a six-car garage, a heated swimming pool, and a hot tub. Taylor originally purchased the home in 1979 and lived there until 2003. Since then, the property has changed hands a few times, and at one point it was listed for as much as $9.85 million. The lowered price in 2020 reflects the residence's dire need for upgrades.

The home spans 17,755 square feet of living space and seven bedrooms. There is also an Asian-inspired "Bob Geldoff Suite." Another notable feature is the large glass conservatory. The recording studio, which is described as the main attraction of the entire residence, overlooks a sizable pond.