Roger McGuinn Net Worth: Roger McGuinn is an American musician who has a net worth of $30 million. Roger McGuinn was born in Chicago, Illinois in July 1942. He is best known for being the lead singer and guitarist for The Byrds. Roger studied at Chicago's Old Town School of Folk Music and learned to play the five-string banjo and continued to study guitar. He performed at coffeehouses and became a sideman. McGuinn moved to Los Angeles, California and met the other members of The Byrds. McGuinn became a songwriter at Bobby Darin's T.M. Music. Roger developed two guitar playing styles which included the "jingle-jangle".

The Byrds formed in 1964. Some of their best known hits include "Mr. Tambourine Man", "Turn! Turn! Turn! (to Everything There Is a Season)", "I'll Feel a Whole Lot Better", "Eight Miles High", "Ballad of Easy Rider", "Chestnut Mare", and "So You Want to Be a Rock 'n' Roll Star". The band released a total of 12 studio albums from 1965 to 1973. The Byrds were inducted into the Rock and Roll Hall of Fame in January 1991. Roger was also part of the author and musician band Rock Bottom Remainders. McGuinn has released eight solo albums and nine albums under the Folk Den Project. His 1989 solo single "You Ain't Going Nowhere" reached #6 on the US Country chart. 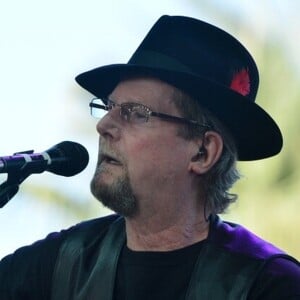