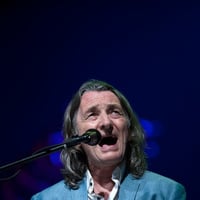 Roger Hodgson net worth: Roger Hodgson is an English musician, singer, and songwriter who has a net worth of $10 million. Roger Hodgson was born in Portsmouth, Hampshire, England in March 1950. He is best known for being the co-frontman and a founding member of the band Supertramp. He was a member of the band from their formation in 1969 until 1983 and played keyboards, guitars, and bass guitar. The band released their self-titled debut studio album in 1970 and the album Indelibly Stamped in 1971. They had success with the albums Crime of the Century in 1974, Crisis? What Crisis? In 1975, and Even in the Quietest Moments… in 1977 which reached #1 in two countries. Supertramp's album Breakfast in America was released in 1979 reached #1 in eight countries including the US and their album …Famous Last Words… was released in 1982 and reached #1 in six countries. Hodgson was featured on the band's hit singles "The Logical Song", "Breakfast in America", "Take the Long Way Home", "Dreamer (live)", and "It's Raining Again". He has had success with the solo albums In the Eye of the Storm, Hai Hai, Rites of Passage, and Open the Door.