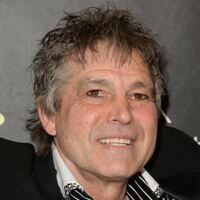 Roger Fisher net worth: Roger Fisher is an American guitarist who has a net worth of $1 million. Roger Fisher was born in Seattle, Washington in February 1950. He is best known for being one of the founding members of the band Heart. The band formed in 1973 and heart left in 1980. He played lead guitar, acoustic guitar, lap steel guitar, and mandolin. Heart released their debut studio album Dreamboat Annie in 1975 which reached #7 on the Billboard 200 chart. They released the album Little Queen in 1977 which reached #2 in Canada and #9 in the US. Fisher also played on the Heart albums Magazine in 1977, and Dog and Butterfly in 1978.  He was featured on the band's singles "Crazy on You", "Magic Man", "Dreamboat Annie", "Barracuda", and more. Roger Fisher's brother Michael Fisher was also a member of Heart. Roger Fisher released the solo albums Evolution in 2000 and All Told in 2016.