What is Roger Daltrey's Net Worth?

Roger Daltrey CBE is an English singer, musician, songwriter, and actor who has a net worth of $90 million. Daltrey is best known as the founder and lead singer of the English rock band The Who, which also included guitarist Pete Townshend, bassist John Entwistle, and drummer Keith Moon. With The Who, Roger has released 12 studio albums and 14 live albums, and he has released 10 studio albums as a solo artist, with his first solo single "Giving It All Away" (1973) reaching #5 on the UK Singles Chart. The Who have sold over 100 million records since the release of their debut album in 1965, and their hit singles include "My Generation" (1965),"Pinball Wizard" (1969), "Won't Get Fooled Again" (1970), and "Baba O'Riley" (1972). Roger has also appeared in several film and television projects, beginning with the movie version of The Who's rock opera "Tommy" in 1975. In 2009, listeners of the Planet Rock radio station voted Daltrey the fifth-greatest voice in rock, and in 2010, "Rolling Stone" magazine ranked him #61 on their "100 Greatest Singers of All Time" list.

Roger Daltrey was born Roger Harry Daltrey on March 1, 1944, in East Acton, London, England. He grew up with mother Irene, father Harry (who fought in World War II), and sisters Carol and Gillian. Roger studied at Acton County Grammar School, where he met John Entwistle and Pete Townshend. In 1957, Daltrey made a guitar out of a block of wood and joined a band, The Detours, as the lead singer. After his father gave him an Epiphone guitar two years later, Roger became the band's lead guitarist as well. Daltrey excelled in school, but he was expelled for smoking tobacco. The Detours changed their name in 1964 after finding out that another band was using it, and they settled on The Who.

The Who signed a record deal in 1965, and later that year, Roger was fired for beating up Keith Moon after the drummer gave Townshend and Entwistle illegal drugs. He was let back in the band a week later and promised that the violent behavior was over. The Who released their first album, "My Generation," on November 3, 1965, and it reached #5 on the UK Albums Chart, with the title track peaking at #2 on the UK Singles Chart. The band followed their successful debut with 11 more studio albums, including "Tommy" (1969), "Quadrophenia" (1973), "Who Are You" (1978), and "Who" (2019). In 1973, Townshend hit Daltrey in the head with a guitar during an argument over scheduling, and Roger knocked him unconscious in response. When the band turned "Tommy" into a 1975 feature film, Daltrey played the title role and earned a Golden Globe nomination.

After Moon died of a drug overdose in 1978, the band stayed together, but Roger felt that new drummer Kenney Jones wasn't right for the band. The band stopped actively touring in 1982, but they returned to the road for 1989's 25th Anniversary Tour. In 1996, Daltrey agreed to help Townshend produce their rock opera "Quadrophenia" for London Prince's Trust concert, and Roger was hit in the face by a microphone stand the night before the production. Though there was concern that he wouldn't be able to perform with a fractured eye socket, Roger put on an eye patch and the show went on as planned. The Who then toured "Quadrophenia" from 1996 to 1997, and in 2002, Entwistle died of a heart attack the day before the band was scheduled to begin a U.S. tour, so Daltrey and Townshend brought in a new bass player, Pino Palladino, instead of canceling the tour. The Who performed at the Super Bowl XLIV half-time show in 2010.

Roger released his first solo album, "Daltrey," in 1973, and it reached #6 on the UK Albums Chart. His follow-up, 1975's "Ride a Rock Horse," spawned the singles "(Come and) Get Your Love," "Walking the Dog," and "Oceans Away." In 1980, the "McVicar" soundtrack was released; Daltrey starred in and produced the film, and he performed every song on the soundtrack. In 1992, he released the album "Rocks in the Head" and performed Queen's "I Want It All" at the Freddie Mercury Tribute Concert. In 2018, Roger released his first solo studio album in more than 25 years, "As Long as I Have You," and it peaked at #8 on the UK Albums Chart. 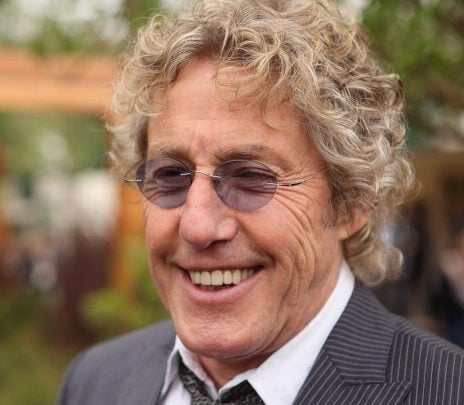 Roger contributed to the 1996 book "I Remember: Reflections on Fishing in Childhood" and wrote a foreword for 2009's "Anyway, Anyhow, Anywhere: The Complete Chronicle of The Who 1958–1978" (written by Andrew Neill and Matt Kent). In 2011, the "Daily Express" newspaper published a tribute Daltrey wrote about late director Ken Russell, and he released a memoir, "Thanks a Lot Mr. Kibblewhite: My Story," in 2018.

Roger married Jacqueline Rickman in 1964, and the couple had a son, Simon, later that year. In 1967, Daltrey had another son, Mathias, with model Elisabeth Aronsson, and he and Rickman divorced the following year. Roger went on to wed model Heather Taylor in 1971, and they welcomed daughter Rosie in 1972, daughter Willow in 1975, and son Jamie in 1981. Roger also has three daughters that he didn't meet until they were adults. In 1978, Daltrey underwent surgery to remove nodules from his throat, and in 2010, he had surgery again after being diagnosed with vocal cord dysplasia. Daltrey is allergic to cannabis, and it has a negative effect on his singing voice when audience members are smoking it.

Roger is passionate about charity work, and profits from The Who's annual Encore Series concerts are donated to charities that benefit youth. He helped start a concert series to benefit the Teenage Cancer Trust, and he has performed at the concerts both as a solo act and with The Who. Daltrey has also performed at the ChildLine Rocks and Imagine A Cure II charity concerts, and he has been a patron of the Children's Respite Trust since 2011. Roger co-founded the Daltrey/Townshend Teen and Young Adult Cancer Programme at L.A.'s Ronald Reagan UCLA Medical Center in 2011, and a portion of the profits from his solo tours were donated to the organization.

Daltrey's performance in "Tommy" earned him a Golden Globe nomination for Best Acting Debut in a Motion Picture in 1976. With The Who, Roger was nominated for a Grammy for Best Music Video, Long Form for "The Who Live, Featuring the Rock Opera Tommy" in 1991, and ten years later, the band was honored with a Grammy Lifetime Achievement Award. The Who were inducted into the Rock and Roll Hall of Fame in 1990, and their songs "Baba O'Riley," "My Generation," and "Go to the Mirror!" were included on their "500 Songs that Shaped Rock and Roll" list. In 2005, the band was inducted into the UK Music Hall of Fame.

Roger and Pete Townshend received Kennedy Center Honors in 2008, the American Academy of Achievement's Golden Plate Award in 2019, and the Classic Album Award (from the Classic Rock Roll of Honour Awards) for "Quadrophenia" in 2011.Daltrey earned a British Academy of Songwriters, Composers and Authors Gold Badge Award in 2005, a Steiger Award in 2011, and a James Joyce Award in 2009. He was named a Commander of the Order of the British Empire in 2004, and Middlesex University gave him an honorary degree in 2012.

Roger has owned Holmshurst Manor in East Sussex, England, since 1970. After buying the 20-room estate, he added a sauna to the home and a recording studio to one of the manor's barns. In 1981, Daltrey built Lakedown Trout Fishery on the land, and in 2019, he got approval to build a 4-bedroom house on the 400-acre property. 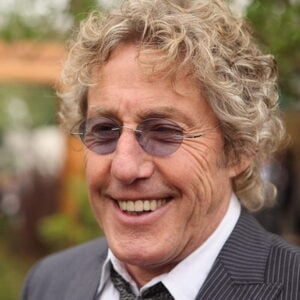