Rodney Kendrick net worth: Rodney Kendrick is an American jazz pianist, bandleader, composer, and producer who has a net worth of $20 million. That is a combined net worth with his wife since 1996, Rhonda Ross Kendrick.

Rodney Kendrick was born in Philadelphia, Pennsylvania in April 1960. He became a professional musician at 18 years old and toured with bands including Harold Melvin & The Blue Note, George Clinton, and James Brown. Kendrick moved to New York City to focus on jazz in 1981 and played keyboards for artists including Freddie Hubbard, Stanley Turrentine, Terence Blanchard, Clark Terry, and more. His debut studio album The Secrets of Rodney Kendrick was released on Verve records with Roy Hargrove, Houston Person, Kenny Garrett, and more. He also released the albums Dance, World, Dance with Arthur Blythe Bheki Mseleku, and others, Last Chance for Common Sense, Bop! with Frank Morgan, We Don't Die, We Multiply, No Dress Code, Thank You, and The Colors or Rhythm. Rodney Kendrick married Rhonda Ross Kendrick in 1996. 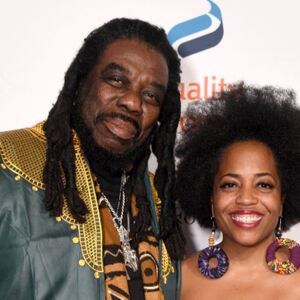