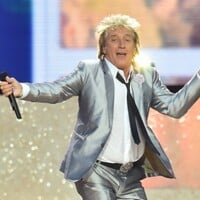 What is Rod Stewart's net worth?

Rod Stewart CBE is a British singer-songwriter who has a net worth of $300 million. During his career to date, Rod Stewart has sold more than 120 million albums worldwide which makes him one of the best-selling musicians in world history. After being drawn to folk and R&B as a young musical artist, Rod Stewart was eventually "discovered" while playing harmonica on a London train platform by Long John Baldry.  This led to a gig with the Hoochie Coochie Men, and his eventual signing to the Decca Records label in 1964.  After bouncing around from group to group throughout the late 60s, he was invited to join the Jeff Beck Group as a vocalist.  The Jeff Beck Group was a success with their blues and funk-influenced early heavy metal sound, and they toured successfully for a few years.  Then Mercury Records came calling with a solo contract, and Stewart signed with them, while also becoming the lead vocalist for the group, Faces.  His debut solo album, a mixture of folk, rock, and blues was successful, as was the first album released by Faces, which had a more rock edge.  For the next 30 years, he would achieve success after success, both with Faces and as a solo artist.  In 2002, he shifted gears away from his rock and soul inspired tracks, and began performing American standards from the 30s and 40s.  His "new" old sound proved to be nearly as successful as his rock tracks had been.

Roderick David "Rod" Stewart was born in London, England on January 10, 1945. Son of Robert Joseph Stewart and Elsie Rebecca Gilbart, he is of British and Scottish descent and the youngest of five children. His childhood was preoccupied mainly with hobbies like building model railways and playing soccer. He was the captain of the school soccer team and played for Middlesex Schoolboys. Stewart did not begin to take an interest in music until well into the early 1960s, when he started to learn the harmonica, and later piano. His early influences include singer Al Jolson and Little Richard. Stewart left school at age 15 with the ambition of becoming a professional soccer player. He joined the workforce with odd jobs including a brief gig as a gravedigger at Highgate Cemetary.

Stewart began to busk around Leicester Square with folk singer Wizz Jones in 1962, playing the harmonica.  For the next year and a half, they took their act on the road, traveling to places like Brighton, Paris, and Barcelona. Gaining a strong interest and liking for American rhythm and blues acts like Sam Cooke and Otis Redding, he got his first professional job as a musician when he joined an R&B group in London called The Dimensions in October 1963 as a harmonica player and vocalist. Over the next few years, he was part of several different musical acts. He joined Jeff Beck Group in 1966, and experienced his first bit of success, releasing two albums with the band and touring the UK and the U.S. Both albums made it to #15 on the U.S. charts. At this time, he was becoming known for his nickname "Rod The Mod" due to his punk-rock alternative style and look.

Solo Career Beginnings and the Faces

Stewart joined the band that would be known as Faces as their lead singer in October 1969. Other members included Ron Wood, Ronnie Lane, Ian McLagan, and Kenney Jones. Simultaneously, Stewart was signed as a solo artist by Mercury records and began making music independently as well. An Old Raincoat Won't Ever Let You Down was Stewart's first solo album, released in 1969. Faces released their first album, First Step, in early 1970. They were heavily influenced by the Rolling Stones, and the album did well in the UK and quickly earned them a strong live following. Gasoline Alley, Stewart's sophomore album, was released in Autumn 1970. Faces launched a U.S. tour that year.

Stewart was catapulted into stardom with his 1971 solo album Every Picture Tells a Story, which contained instant radio-friendly and much-beloved hits like "Reason to Believe" and "Maggie May." The album and singles held the number one spot in both the U.S. and the UK simultaneously. "Maggie May" was part of Rock and Roll Hall of Fame's 500 Songs that Shaped Rock and Roll, along with two of Stewart's other hits.

Meanwhile, Faces released a second album which saw moderately more success than the first one, and the band toured extensively in 1972. There was growing tension over Stewart's success as a solo artist. Stewart's second album was also well-received and reached No. 2 on the U.S. charts and No 1. In the UK.

Ooh La La, The Faces' final album, reached No. 1 in the UK in 1973. Notably, Rod Stewart did not even contribute the vocals for the album's most famous track of the same title. The tension between the band members and Stewart had deepened, and the band parted ways in 1975. 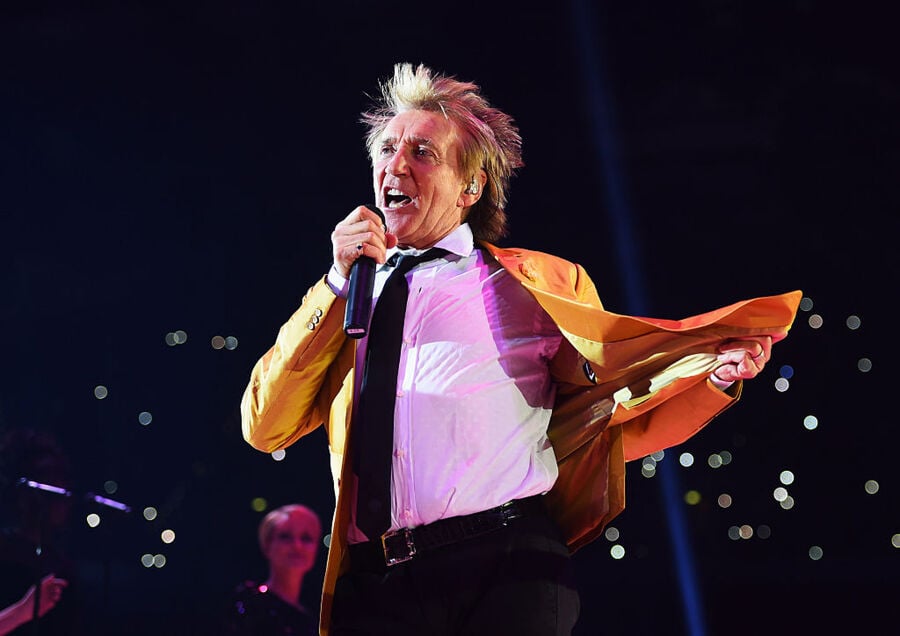 Stewart moved to Los Angeles in 1975, and continued to enjoy success, topping the U.S. charts yet again in 1976 for eight weeks with the ballad "Tonight's the Night." 1978's smash hit single "Do Ya Think I'm Sexy?" scored him another No. 1 spot in both the U.S. and UK. The eighties saw Rod's career slow down somewhat. 1981's Tonight I'm Yours went platinum, but albums released after that didn't fare as well. Stewart has continued a full career of performing, songwriting, and singing throughout the decades. During his career, he has released 12 No. 1 albums and 11 No. 1 singles in the U.S. and U. K. He has sold over 130 million records worldwide and was named #33 in Q magazine's "Top 100 Singers Of All Time." On the Sunday Times Rich List of 2019, Stewart was featured with an estimated fortune of £190 million, which makes him one of the ten wealthiest people in the British music industry.

Stewart won a Brit Award in 1993 for Outstanding Contribution to Music. In 2004, Stewart won his first Grammy for Best Traditional Pop Vocal Album with Stardust: The Great American Songbook Volume 111, in which he took on classic songs and made them his own. He was inducted into the Rock and Roll Hall of Fame as a solo artist in 1994. He received the first-ever Diamond Award from the World Music Awards for over 100 million records sold worldwide in 2001, and a Legend Award from the WMA. 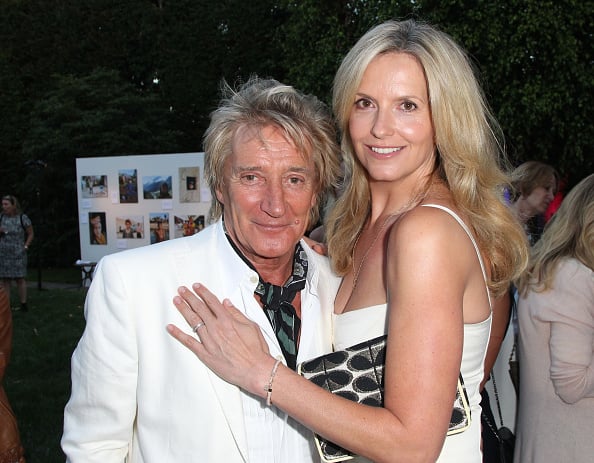 Stewart has a notoriously active love life, and he is the father of eight children with five different women. His first child, Sarah Streeter, was born when Stewart was 18 years old, and the couple decided to put the baby up for adoption. She was raised by adoptive parents, and Stewart finally met Streeter in 2008. He has a daughter, Kimberly Stewart, and a son, Sean Stewart, with first wife Alana Stewart. He has a daughter named Ruby with former girlfriend Kelly Emberg. Stewart has two children (Renee and Liam) from second marriage to Rachel Hunter. He became a father for the seventh time in 2005 at age 60 to son Alastair Wallace with his then-fiance Penny Lancaster. They married in 2007 and had a second son, Aiden, in 2011.

Stewart was diagnosed with thyroid cancer in 2000, but was treated successfully via surgery. The surgery affected his voice, and he essentially had to re-learn how to sing.

Over the years Rod Stewart has owned a number of extremely impressive estates. In 1986 he bought a country estate in England for a little over $1 million. He sold this property in March 2019 for $6.15 million. In 2013 he bought an 18th-century castle called Darrington House for $6.2 million. The estate has ten bedrooms and five bathrooms, and sits ten miles outside of London. In addition to the large number of bedrooms, Darrington House also features four external cottages, a carriage house with its own clock tower – built in the 18th century, a greenhouse, a wine cellar, and an orchard.  The home also features floor-to-ceiling windows, three fireplaces, four rooms for receiving guests, outdoor dining spaces, a tennis court, a croquet lawn, and a rose garden.

In 1995 he bought an oceanfront house in Palm Beach, Florida for $7.2 million. This house today is worth at least $20 million if it ever came to market.