Rod Argent net worth: Rod Argent is an English musician, singer, songwriter, composer, and record producer who has a net worth of $8 million. Rod Argent was born in St Albans, Hertfordshire, United Kingdom in June 1945. He was the founder and keyboardist of the band the Zombies and then formed the band Argent.

The Zombies formed in 1962. They released their self-titled debut studio album in 1965. That album ultimately peaked at #39 in the US. They also released the albums Odyssey and Oracle in 1968, New World in 1991, As Far as I Can See… in 2004, Breathe Out, Breathe In in 2011, and Still Got That Hunger in 2015. Their single "She's Not There" reached #1 on the US Cashbox chart and #2 in the US and Canada and their single "Time of the Season" reached #1 in Canada and on the US Cashbox chart. The band Argent released seven studio albums including All Together Now in 1972 which reached #13 in the UK and #23 in the US. Their single "Hold Your Head Up" was their biggest hit. 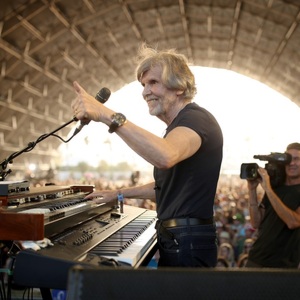