What is Robert Plant's Net Worth?

Robert Plant CBE is an English musician, singer, and songwriter who has a net worth of $200 million. Plant is best known as Led Zeppelin's lead vocalist, but he has also enjoyed great success in his solo endeavors as well as with Strange Sensation, the Band of Joy, the Sensational Space Shifters, and Alison Krauss. His signature, powerfully wide vocal range and his trademark high-pitched singing have led to Plant being regarded as one of the greatest singers in the history of rock and roll, and in 2009, a poll conducted by radio station Planet Rock named him The Greatest Voice in Rock.

Robert was named the Greatest Metal Vocalist of All Time by "Hit Parader" magazine in 2006, and he came in at #15 on "Rolling Stone" magazine's 2008 list of the 100 Greatest Singers of All Time; additionally, when "Rolling Stone" asked readers to vote for their favorite lead singers of all time in 2011, Plant took the #1 spot.

Robert Plant was born Robert Anthony Plant on August 20, 1948 in West Bromwich, Staffordshire, England. He grew up with mother Annie, father Robert (a civil engineer and Royal Air Force veteran), and sister Alison in Halesowen, Worcestershire. Robert loved singing and music as a child and wanted to be like Elvis Presley, trying to emulate him at just 10 years old. Plant attended King Edward VI Grammar School for Boys but left in his mid-teens and became interested in blues music. At his father's behest, Robert began training to be a chartered accountant but quit after 2 weeks and moved out of his parents' home at the age of 16 to attend college and explore the local blues scene. He worked for Woolworth's in Halesowen and Wimpey construction company in Birmingham, and he recorded 3 singles with CBS Records. Plant began singing with the Crawling King Snakes and other bands, which led to him meeting future Led Zeppelin bandmate John Bonham. Robert and John were in Band of Joy together before they both joined Led Zeppelin.

Plant met Jimmy Page in 1968 when Page was looking for a lead singer for his band, the New Yardbirds; Jimmy asked Robert to join the band after hearing him sing "Somebody to Love" by Jefferson Airplane. The New Yardbirds later became Led Zeppelin and included Plant on lead vocals, Page on guitar, John Paul Jones on bass, and John Bonham on drums. The band signed with Atlantic Records and in 1969, they released their debut album, "Led Zeppelin," which reached #6 on the U.K. charts and #10 on the U.S. charts. They followed up their debut with 8 more studio albums, including "Houses of the Holy" (1973), "Physical Graffiti" (1975), and "In Through the Out Door" (1979), as well as the 1976 concert film "The Song Remains the Same." Led Zeppelin's 1971 classic "Stairway to Heaven" is considered one of the greatest songs of all time, and the band released several other popular singles, such as "Whole Lotta Love" (1969), "Ramble On" (1969), "Black Dog" (1971), and "Rock and Roll" (1972). The band went on to sell an estimated 200 to 300 million records, and they disbanded after Bonham died of pulmonary aspiration in 1980. In the decades since Bonham's passing, Plant, Page, and Jones have occasionally performed together with John's son, Jason, on drums, and Page and Plant released 2 albums ("No Quarter" and "Walking into Clarksdale") and toured together in the 1990s. 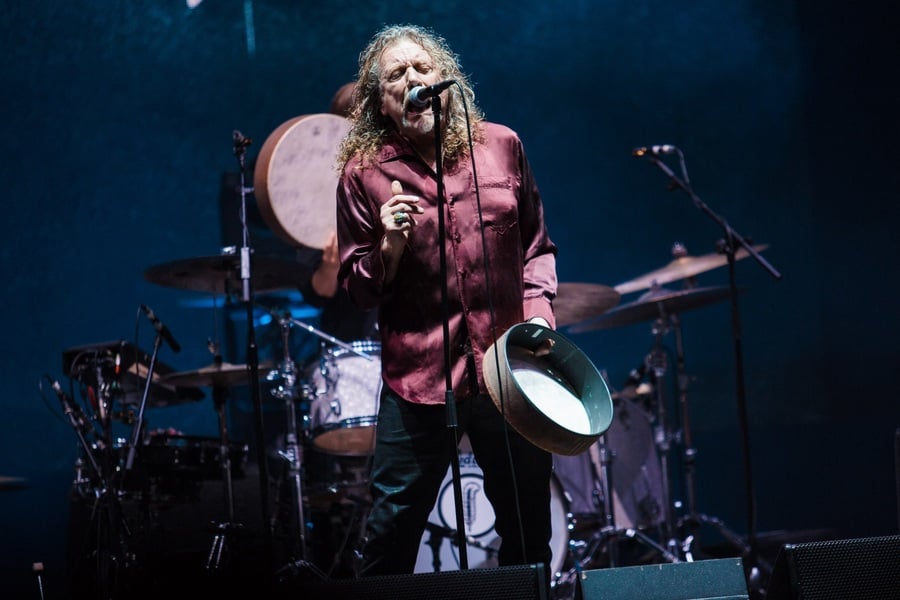 Robert released his first solo album, the certified platinum "Pictures at Eleven," in 1982, and recorded 5 more solo albums before forming the band Strange Sensation; he recorded 2002's "Dreamland" and 2005's "Mighty ReArranger" with Strange Sensation, then collaborated with bluegrass-country singer Alison Krauss on 2007's "Raising Sand," which went on to win 5 Grammys. In 2010, Robert Plant and the Band of Joy released the album "Band of Joy," which earned Robert 2 Grammy nominations, and he released "Lullaby and… The Ceaseless Roar" (2014) and "Carry Fire" (2017) with the Sensational Space Shifters. In the early 1980s, Plant formed The Honeydrippers with Jimmy Page and Jeff Beck; the band released the EP "The Honeydrippers: Volume One" in 1984, and it reached #4 on the "Billboard" 200 chart. Robert's most commercially successful post-Zeppelin album was 1988's "Now and Zen," which went triple platinum in the U.S. and gold in the U.K. Robert launched "Digging Deep – The Robert Plant Podcast" in June 2019; on each episode, he discusses a different track from his back catalog.

Robert was married to Maureen Wilson from 1968 to 1983. The couple welcomed daughter Carmen in 1968, son Karac in 1972, and son Logan in 1979. Sadly, Karac passed away from a stomach virus in 1977 while Plant was on tour with Led Zeppelin; a devastated Robert wrote "All My Love" in tribute to his beloved son. In 1975, Plant and his family were injured in a car accident in Greece; he broke his elbow and his ankle, leading to the cancellation of the remaining dates of Led Zeppelin's "Physical Graffiti" tour.

In 2010, Plant began a relationship with singer-songwriter Patty Griffin and moved into her Austin, Texas, home; they split up in 2014, and Robert returned to England. Plant has been a fan of the Wolverhampton Wanderers football club since the age of 5 and was named their Vice-President in 2009.

Plant has won 2 NME Awards (World Male Singer and Best Male Singer) and 8 Grammy Awards, including Best Hard Rock Performance for "Most High" (1998), Album of the Year for "Raising Sand" (2008), and Best Rock Album for Led Zeppelin's "Celebration Day" (2013). In 2009, he received a Commander of the Order of the British Empire, and Robert and his former Led Zeppelin bandmates received Kennedy Center Honors in 2012. 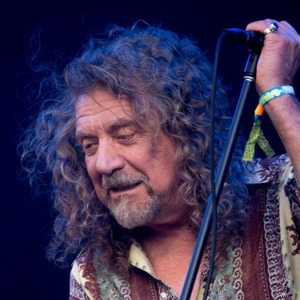