Robert Fripp net worth:  Robert Fripp is an English guitarist, record producer, and composer who has a net worth of $10 million. Robert Fripp was born in Wimborne Minster, Dorset, England in May 1946. He is best known for being the guitarist of the rock band King Crimson. He is the band's only member to play in all of their lineups. Fripp has worked as a studio musician and his notable works including the albums Heroes and Scary Monsters (And Super Creeps) by David Bowie as well as working with Brian Eno. Fripp has contributed to the Windows Vista operating system. All together he has played on more than 700 albums spanning four decades. He was listed as #62 on Rolling Stone's 100 Greatest Guitarists of All Time in 2011 and was ranked #42 in 2003. Fripp is known for using unusual time signatures and is responsible for new standard tuning. 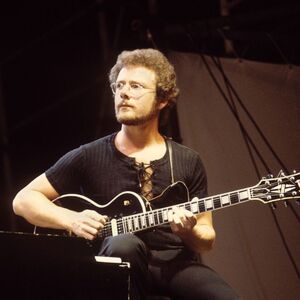