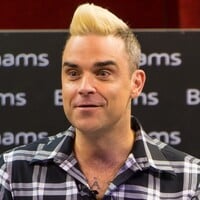 What is Robbie Williams' Net Worth?

Robbie Williams is a British born musician who has a net worth of $300 million. Although he started his career as a member of Take That during the 90s, he became much more successful as a solo artist. He is one of the best-selling British artists of all time with over 75 million records sold worldwide. He once set a world record when he sold 1.6 million concert tickets in a single day. Over the course of his career, Robbie Williams has won many awards.

Robert Peter Williams was born on February 13th of 1974 in Stoke-On-Trent, England. Raised by parents who ran a pub, Williams initially attended Catholic school before switching to dance school. During his school years, Williams performed in many musicals, including Oliver!

At the age of 16, Robbie Williams joined Take That. Initially, Williams had very little creative control over the group's music, although he sang lead vocals on a number of their singles. Soon enough, he was quarreling with the group's manager, Nigel Martin-Smith, over the rules he had to follow as a member of Take That. In addition, Robbie Williams was being exposed to drugs and alcohol from a young age as a result of being thrust into the music industry.

In 1994, Williams suffered a near-drug overdose at the age of 20. During this period, Robbie had completely given up on offering any creative input, as his ideas had been rejected again and again. He became completely disinterested in the group, showing up late (or not at all) for rehearsals and acting in a hostile manner towards other members of the group. Take That were concerned he wouldn't be reliable during their upcoming tour, so they essentially told him to leave the group.

Williams left Take That in 1995, and the group lasted about a year without him before they completely disbanded. Although Robbie Williams was immediately interested in starting a solo career, his contract with Take That proved to be troublesome. A clause stated that he couldn't release any solo material until after Take That officially disbanded, and he was forced to pay $200,000 in commission after being sued by Martin-Smith. In 1996, Williams finally managed to get out of his contract with Take That and sign a new record deal with Chrysalis Records. 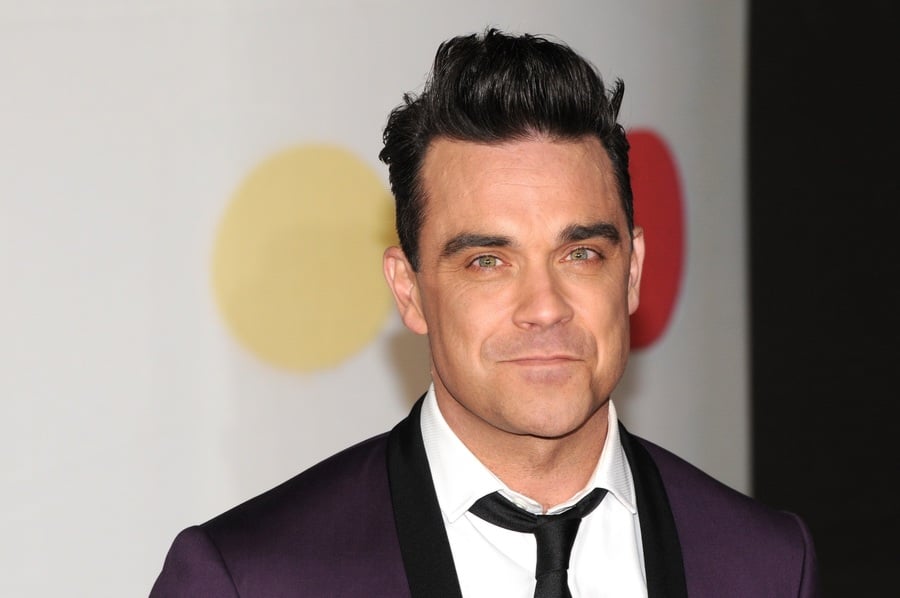 Williams' solo career started strongly, and he released a cover of George Micheal's "Freedom." The single charted well in the UK and launched Robbie's solo career. In 1997, he released his debut album: Life thru a Lens. The album contained the smash hit "Angels," which remains his best-seller in the UK to this day. The track helped his debut album sell over 2.4 million.

Next, Williams released the album I've Been Expecting You in 1998. The album had a strong James Bond theme, and it included the single "Millenium." This was Williams' first number-one single on the UK charts. In 1999, he toured throughout the US and Canada to promote his new album and gain notoriety in the North American market.

Robbie Williams finally achieved international success with the release of Sing When You're Winning in 1999. Within just one week, the album was certified two times platinum. He then recorded Swing When You're Winning, which included covers of Frank Sinatra songs. However, Williams was still failing to make much of an impact in the US, and sales of this album Escapology were disappointing within America.

In 2006, Robbie went a different route with a new electro-pop album called Rudebox. Although the album sold well and achieved 2 times platinum status, it received poor reviews. In 2009, he released the album Reality Killed the Video Star. He made a strong effort to return to prominence during this period, appearing on X Factor to promote his new singles.

In 2012, he released another album called Take the Crown. This album contained the hit "Candy," which became Robbie's first number-one hit in many years. In 2013, he released the album Swing Both Ways. In 2018, Williams performed at the opening ceremony of the FIFA World Cup.

In 2006, Williams started dating Ayda Field, an American actress. In 2010, they were wed. Over the course of their relationship, they have had four children.

In 2006, Robbie Williams bought 260,000 pounds worth of shares in his favorite soccer club, Port Vale. This made him the largest shareholder and the de-facto owner of the club. However, the club experienced hard times over the next few years and went into administration. This meant that Williams essentially lost his entire initial investment.

In 2002, Robbie signed a $150 million contract with EMI. It was the largest contract in British music history.

Robbie owns an extensive real estate portfolio that includes mansions all over the world, most notably in England and Los Angeles.

In 2002, he purchased a property in Beverly Hills for $5.45 million when he was just starting to push his solo career in a new direction. In 2017, he sold off the property for just under $10 million.

In 2015 Robbie dropped $32 million for a new, much larger, Beverly Hills compound. This house has 25,000 square feet of living space, an 11-car garage, an orchard, and 22 bathrooms. In March 2022 it was reported that rapper Drake had purchased this home from Robbie for $70 million.

In 2016, he spent $22 million on a London mansion that has 46 bedrooms. In July 2018, he spent $21 million on a Malibu mansion. He barely had time to enjoy the place before flipping it for $28 million, earning a profit of over $7 million in an insanely short amount of time.

In March 2022, a few weeks after closing his $70 million mansion sale to Drake, Robbie paid $49.5 million for a mansion in LA's Holmby Hills neighborhood. The 19,000 square-foot property sits on two acres