Robben Ford net worth: Robben Ford is an American guitarist who has a net worth of $4 million. Robben Ford was born in Woodlake, California in December 1951. He was a member of the band L.A. Express and his styles include blues, rock, jazz, and jazz fusion. Musicians magazine named Ford one of the 100 Greatest Guitarists of the 20th Century.

He has collaborated with several artists including Miles Davis, George Harrison, Joni Mitchell, Kiss, and Larry Carlton. Ford starting playing the guitar at 14 after playing the saxophone at age 10. At 18 he was hired to play with Charlie Musselwhite. Ford has released several solo albums in addition to albums with the Blue Line, the Ford Blues Band, the Yellowjackets, Mark Ford, and more. As a sideman he has been featured on albums by Dizzy Gillespie, Jimmy Witherspoon, Rickie Lee Jones, Bob Malach, Miles Davis, David Sanborn, and more. 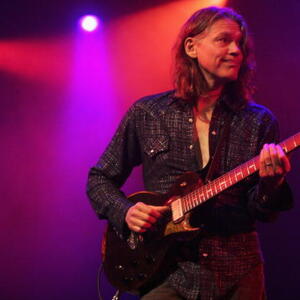