What is Rob Zombie's Net Worth and Salary?

Rob Zombie is a musician, film director, screenwriter and film producer who has a net worth of $50 million dollars. While first achieving fame as the frontman and chief creative force behind the rock band White Zombie, Zombie has since become distinguished as a director of horror movies, including the 2007 remake of John Carpenter's Halloween and the 2005 cult hit The Devil's Rejects.

Rob Zombie was born Robert Bartleh Cummings on January 12, 1965 in Haverhill, Massachusetts. His younger brother Michael David Cummings, also a musician, would later be known as Spider One, the lead singer of rock group Powerman 5000. Growing up, Rob was obsessed with horror movies and performance art musicians like Alice Cooper, influences that would play a clear role in his creative development as an adult. After graduating high school, he took classes at Parsons School of Design. While playing music in his free time, he also worked as a production assistant on the TV show Pee-wee's Playhouse. While at Parsons he met future White Zombie co-founder Sean Yseult. They dated for a period but continued working together in the band even after breaking up.

After three EPs that failed to get much traction from audiences or critics, White Zombie released their debut studio album Soul-Crusher in 1987 through their own independent record label. But It was after their fourth extended play record that finally caught the attention of executives at Geffen Records, and under Geffen, the band released their third studio album La Sexorcisto: Devil Music Volume One in 1992, which would become their first big success. This album became a breakout hit thanks to the single "Thunder Kiss '65". Their fourth and final studio album Astro-Creep: 2000 – Songs of Love, Destruction and Other Synthetic Delusions of the Electric Head was a massive commercial hit, reaching #6 on the Billboard 200 thanks to several popular singles, notable "More Human than Human." The album sold two million copies in the US alone. In 1996 the band released a remix album that would become the final official project from White Zombie before the band broke up, but Zombie himself continued to work in music during this period, collaborating with musical idol Alice Cooper on a song for an official X-Files compilation album. But Zombie has repeatedly ruled out any sort of band reunion, alluding to personal problems between himself and other members of the band.

Robert legally changed his name to Rob Zombie in 1996. He launched a solo career in 1997, releasing his first solo album, Hellbilly Deluxe in 1998. This album was certified triple Platinum and reached #5 on the US Billboard Chart. Rob has since released several more studio albums, compilation albums and live albums, continuing to keep a hand in the music scene even as his film directing career flourished. 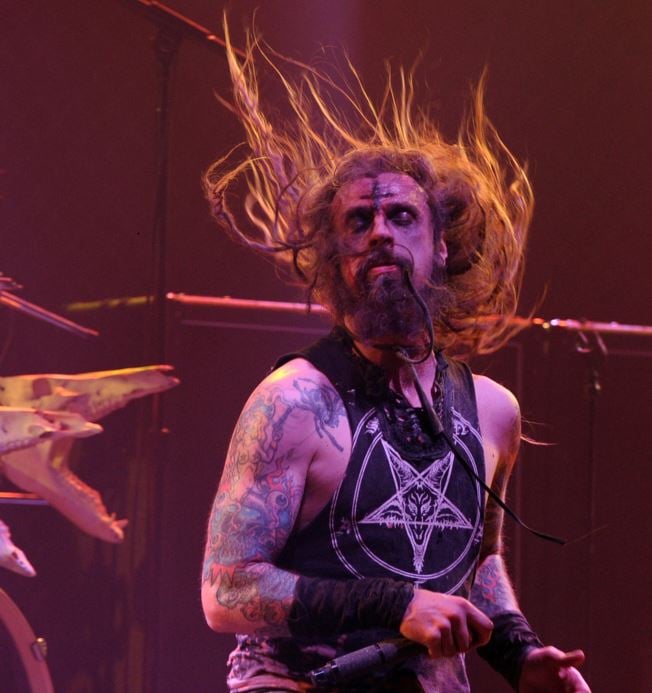 In 2003 Rob directed and wrote the film House of 1000 Corpses which went on to earn $17 million worldwide and eventually establishing what would become a signature franchise. In 2005 he directed The Devil's Rejects, a sequel to the earlier film which got comparative raves from critics and fans. Then, in 2007, he directed Halloween, followed by the 2009 sequel Halloween II. Also in 2007, Zombie was one of several filmmakers invited to take part in Quentin Tarantino and Robert Rodriguez's genre anthology film Grindhouse, directing the short faux-trailer for an imaginary film entitled Werewolf Women of the SS. In 2012, Zombie got some of the best reviews of his entire career with the release of Lords of Salem. Then, four years later, he released his next movie, another horror film entitled 31. Despite his near-exclusive interest in the horror genre in both his film and music work, Zombie has attempted to break out of the genre at least once – in the summer of 2015, it was announced that he would direct Raised Eyebrows, a biopic about famous comedian Groucho Marx (whose character names are a recurring motif in some of Zombie's films), but a release date was never announced and the project appears to have stalled. In 2019, he directed the third installment in what has come to be known as the Firefly trilogy that started with House of 1000 Corpses: 3 from Hell.

Outside of feature films, Zombie directed one episode of CSI: Miami and the standup comedy special Tom Papa: Live in New York City.

Zombie has, for whatever reason, made voice cameos in films directed by James Gunn going back to Slither in 2006. His uncredited voice can also be heard in Super and the Guardians of the Galaxy movies. He also performed as a voice actor on 2003's Spider-Man: The New Animated Series and Justice League, and 2016's Mr. Pickles. And Zombie has written several short-lived comic book series as well.

"I don't do anything for the money. I don't need to. I could have retired after White Zombie and been just fine. Money doesn't matter. But there is still a good living to be made, even in the niche. The funny thing is, as time goes on, the niche stuff gets bigger and bigger." – Rob Zombie

Zombie has been married to Sheri Moon Zombie since Halloween, 2002. They are both vegans and supporters of People for the Ethical Treatment of Animals (PETA). 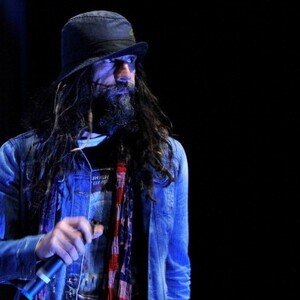