What is Rob Thomas' Net Worth?

Rob Thomas is an American singer, songwriter, and musician who has a net worth of $17 million. Rob Thomas is best known as the lead singer of rock band Matchbox Twenty.

Robert Kelly Thomas was born February 14, 1972, in Landstuhl, West Germany to Bill, a United States Army sergeant, and Mamie. He has an older half-sister, Melissa, from his mom's prior marriage. When Rob was six months old, the Thomas family moved back to the U.S. His parents divorced when he was two and Rob lived with his mom and sister. They were poor and moved frequently. They often lived in South Carolina with Rob's grandmother, who owned a small country store and gas station where she sold moonshine and marijuana. Thomas tried marijuana for the first time when he was in middle school. He listened to country music growing up and loved the lyrics of hard lives singers like Johnny Cash and Merle Haggard sang about. When Thomas was 10, his family moved to Florida landing in Sarasota for a year before settling in Orlando.

Thomas received a Casio keyboard when he was a tween and a friend taught him how to play it. He practiced by trying to mimic the songs he heard on the radio. Thomas also had a guitar with no strings and he used it as a prop when he was pretending to be in a rock band. This was an escape from his difficult home life. His mother was an alcoholic who beat him from time to time. When Rob was 12, she was given six months to live when diagnosed with Hodgkin's lymphoma. Young Rob was alone with his mother after his sister left home to get married. His mom went into remission and resumed drinking heavily.

Thomas was a member of his high school choir at Lake Brantley High School. He dropped out before graduation but later earned his GED. During this period of his life, he was homeless, crashing on friends' couches and hitchhiking around the southeast. He also spent two months in jail for stealing a Camaro. After he got out of jail he started writing songs and playing in a number of cover bands. 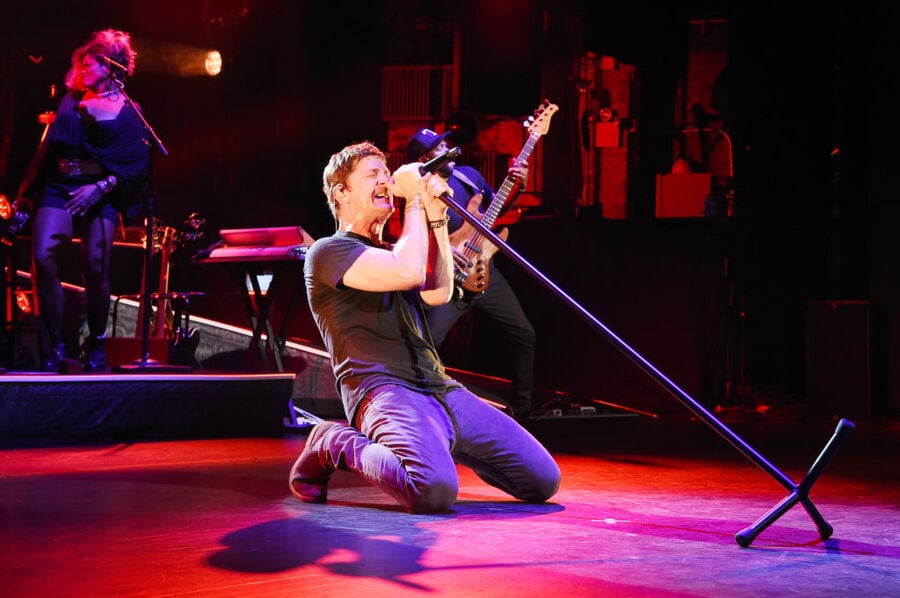 In 1993, Thomas formed the band Tabita's Secret with Brian Yale, Paul Doucette, Jay Stanley, and John Goff. The band was popular in the Orlando area, where they frequently played in bars and nightclubs. Most of their songs were written by Thomas, including "3 A.M.," which was about Thomas's time taking care of his mother when she was sick. It was the first song he wrote. The band broke up after meeting a record producer and Thomas was bereft, thinking that would be his only chance at a recording contract. However, Thomas, Doucette, and Yale still wanted to make music together, so Matchbox 20 was formed with the addition of guitarists Adam Gaynor and Kyle Cook, who the record producer introduced the trio to.

In 1996, the single "Push" was a hit and Matchbox 20 was on its way. The band's debut record "Yourself or Someone Like You," went 12 times platinum in the United States. Thomas and Carlos Santana co-wrote the 1999 hit "Smooth." The song took home three Grammys that year including Song of the Year. In 2000, Matchbox 20 released its second album "Mad Season." The lead single "Bent" topped the charts. "More Than You Think You Are," the band's third album was released in late 2002. In 2005, Thomas released his solo album "…Something to Be." The first single, "Lonely No More," hit number six on the charts. The band released "Exile on Mainstream," a collection of greatest hits with six new songs in 2007.

Thomas has also made a guest appearance playing himself on the fourth season of the show "It's Always Sunny in Philadelphia." He is also a frequent guest on "Real Time with Bill Maher."

In 1997, a mutual friend introduced Thomas to model Marisol Maldonado at a party in Montreal. She was reluctant to date him at first because she wasn't sure she wanted to date a rock star. Nonetheless, they both call it love at first sight. Thomas was in the middle of a world tour with Matchbox 20, so they courted via phone calls. When he returned to the U.S., they went on their first date to a music festival in Boston. That night he told her he would marry her. He proposed a month later. They were married in October 1999 in California.

Thomas has a son from a previous relationship, Maison Eudy, born on July 10, 1998. 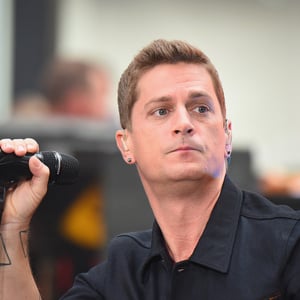