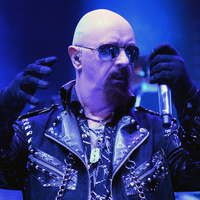 What is Rob Halford's Net Worth?

Rob Halford is a singer and songwriter from England who has a net worth of $10 million. Rob Halford is best known as the frontman of the heavy metal band Judas Priest. Additionally, he has been involved with the side projects Halford, Fight, and Two. Halford is recognized for his wide-ranging vocal abilities and trademark leather-and-studs wardrobe while performing.

Rob Halford was born on August 25, 1951 in Sutton Coldfield, Birmingham, England, and was raised nearby in Walsall on the Beechdale housing estate. Growing up, he listened to such artists as Robert Plant, Little Richard, Janis Joplin, and Elvis Presley, all of whom became powerful influences on his later music.

In the early 70s, when Halford was working as the manager of a porn cinema, he was introduced to Ian Hill, the co-founder and bassist of the heavy metal band Judas Priest. At the time, Hill was dating Halford's sister Sue. Halford subsequently joined the band as the lead singer, bringing with him drummer John Hinch, who had performed with him in their previous band Hiroshima. In 1973, Halford and Hinch played their first show with Judas Priest at the Townhouse in Wellington, England. The following year, Judas Priest released its debut studio album, "Rocka Rolla." Halford continued to front the band in the 70s and 80s, recording the albums "Sad Wings of Destiny," "Sin After Sin," "Stained Class," "Killing Machine," "Unleashed in the East," "British Steel," "Point of Entry," "Screaming for Vengeance," "Defenders of the Faith," "Turbo," and "Ram it Down."

In 1990, Halford updated his iconic leather-and-studs image with a number of new tattoos, including an oblique Judas Priest cross on his right arm and a ring around his other arm. At this time, he also started shaving his head. Also in 1990, the band released its twelfth studio album, "Painkiller." On the last date of the tour for the album in 1991, Halford memorably rode onto the stage on a huge Harley-Davidson motorcycle. When the vehicle malfunctioned, Halford crashed into a drum riser, fell off the bike, and broke his nose. While he was unconscious for a short time, the band performed the first song; he then came to and helped finish the show. In May of 1992, Halford officially left Judas Priest, and sued the band's label, Sony, for restrictive practices.

After leaving Judas Priest, Halford formed the heavy metal band Fight with Scott Travis, Jack Brown, Brian Tilse, and Russ Parrish. The group released its first album, "War of Words," in 1993. This was followed by the EP "Mutations" in 1994. Fight's final album was 1995's "A Small Deadly Space," which boasted a grungier sound than the previous metal records. The band then broke up. In 1997, three of Fight's members reunited for a one-off performance.

Among Halford's other side projects was the industrial metal band Two, which he formed with guitarist John Lowery in 1997. The group's only album, "Voyeurs," was released in 1998. The following year, Halford returned to his metal roots to form his self-named solo band. In 2000, he released the album "Resurrection," and in 2002 released "Crucible." Halford's next two albums were 2009's "Halford III: Winter Songs" and 2010's "Halford IV: Made of Metal." 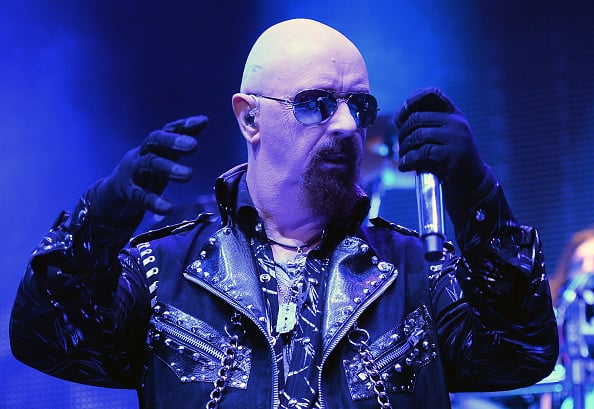 Halford returned to Judas Priest in 2003, and went with the band on tour in 2004. Subsequently, the group released the album "Angel of Retribution." Later albums include "Nostradamus," "A Touch of Evil: Live," "Redeemer of Souls," "Battle Cry," and "Firepower." The latter, released in 2018, became Judas Priest's highest-charting album in the United States when it debuted at number five on the Billboard 200. Additionally, it became the band's first top-ten album in the United Kingdom since "British Steel" in 1980.

Beyond Judas Priest and his other projects, Halford has joined a number of bands on stage for live performances. For three shows, he performed as the vocalist for Black Sabbath. In 2001, he joined Sum 41 for a televised MTV concert. Halford has also performed with Metallica, Pantera, Pansy Division, and Babymetal.

Among his other career ventures, Halford has appeared on film, television, and in video games. In 2003, he played a sex shop clerk in the black comedy crime film "Spun." Later, in 2009, he voiced a couple of characters in the video game "Brütal Legend."

In 1998, Halford came out as gay on MTV. He is married to his husband Thomas, who he began dating in 1991. Halford divides his time between the United States and his hometown of Walsall in England.

During the many years when he was concealing his sexual identity, Halford struggled with depression. As a result, he turned to alcohol and drugs, and became frequently violent. In 1986, he entered rehab following an overdose of painkillers. Since then, Halford has reportedly been sober, something that has improved his live performances considerably.

In 2021, Halford revealed that he had privately battled prostate cancer during COVID lockdown. He successfully underwent a prostatectomy and subsequent radiation treatments, and also had an appendectomy.