Rivers Cuomo Net Worth: Rivers Cuomo is an American musician who has a net worth of $35 million dollars. Cuomo is best known for being the lead vocalist, guitarist, and principal songwriter of the alternative rock band Weezer. Today Weezer is made up of Patrick Wilson (drums, guitar, backing vocals), Brian Bell (guitar, backing vocals, keyboards) and Scott Shriner (bass, backing vocals, keyboards). Even though the line-up has changed four times since its formation, Cuomo is a constant member who he has released nine studio albums, six EPs and a DVD as a Weezer bandmate. The combo is said to have paved the "emo" era in the mid 2000′s, primarily thanks to River's songwriting and his vocal capabilities. As their most successful songs stick out "Buddy Holly", "Undone – The Sweater Song", "Say It Ain't So", "Perfect Situation", "Island in the Sun", "Beverly Hills" and "Pork and Beans". Aside from his work with the band, Cuomo has released three solo albums and has made several collaborations with other musicians that are still ongoing. Cuomo is also known for his ever-evolving, quirky and trend-setting fashion sense.

Cuomo was raised at the Rochester Zen Center in Rochester, New York until his father divorced his mother in 1975. Cuomo relocated with his mother to Yogaville, an ashram in Pomfret, Connecticut.

In 1980, when Cuomo was around 10 years old, Yogaville moved to Virginia and the (now) Kitts Family decided to stay in Connecticut. They moved to the Storrs Mansfield area, where Rivers and his brother attended Mansfield Middle School and E.O. Smith High School. At school Rivers was a member of the high school choir and drama club, performing in a school production of Grease as Johnny Casino.

While in high school, Rivers temporarily decided to go by the name "Peter Kitts". After he graduated, he reverted back to Rivers Cuomo.

Captivated by the sounds of heavy metal (Kiss, Van Halen, Quiet Riot) and hook-heavy punk-pop (the Pixies) from an early age, Rivers received his first guitar, a Stratocaster copy, as a gift from his mother on his 14th birthday.  Rivers then formed the band Fury, where he wrote his first song, "Fight For Your Right," a Kiss style heavy metal anthem. Fury played their first show in September 1984.

One year after the formation of Fury, Cuomo rebranded as glam metal band Avant Garde out of a desire to play a heavier metal that more closely aligned with his style. Cuomo continued to lead Avant Garde throughout high school and is noted for having a profound impact on the band members.

In 1989, Rivers and Avant Garde moved to Los Angeles. While there, the band played a few big shows and eventually changed their name to Zoom to make themselves more marketable and focused.

While Rivers was attending the Guitar Institute at the time, he was not attending classes and did not graduate.

During this time, Rivers wrote songs like "You Overpower Me", "Anything for You" and "Xmas in L.A.", a musical letter about being away from home for Christmas.

To work with his new songs, Cuomo formed a band called Fuzz with Patrick Wilson and Scottie Chapman. The band eventually dissolved and rebranded as 60 Wrong Sausages.

Cuomo collaborated with Patrick Wilson and they penned songs together such as "The Pop Screen" and "What's Goin' On?" while Cuomo wrote his own pieces such as "Sing to Me Slow" and "I Got So Many Problems." These early songs became the foundation of 60 Wrong Sausages. With 60 Wrong Sausages, Cuomo recorded the Cholesterol EP.

Cuomo also helped Kevin Ridel record for his Christian rock band, The Truth. Cuomo was mostly an engineer and performed backup vocals and guitar on songs such as "My Salvation," "Eyes of the Children" and "I Belong to God."

While attending Los Angeles Community College in 1992, Cuomo formed Weezer with drummer Patrick Wilson, bassist Matt Sharp and guitarist Jason Cropper. The name "Weezer" was actually a nickname given to Cuomo by his father

In June of 1993 Weezer signed a record deal with DGC, a subsidiary of Geffen Records.

In May of 1994 Weezer released their self-titled debut album. This album would come to be known as the "Blue Album", thanks to the blue background on the album cover. Cropper left the band during the album recording and was replaced by Brian Bell. Produced by Ric Ocasek of The cars, the Blue Album would was certified platinum on January 1, 1995, with sales of over one million. The album eventually sold more than 3 million copies in the US and 15 million worldwide.

In 1995, at the peak of Weezer's early success, Rivers made the unusual decision to enroll at Harvard University to study classical composition. He soon realized he actually did not enjoy contemporary classical music, and missed touring/creating with Weezer. Rivers dropped out of Harvard two semesters before graduation.

In September 1996, Weezer released their second album, "Pinkerton". This album would also eventually be certified platinum, but not until 20 years later.

Following "Pinkerton", Weezer went on a three-year hiatus. During his time off Cuomo re-enrolled at Harvard. He would not officially complete his coursework until 2004.

AS of this writing, Weezer has sold 10 million albums in the US and more than 35 million worldwide.

Rivers married Kyoko Ito on June 18, 2006, whom he met in March 1997 at one of his solo concerts at the Middle East Club in Cambridge, Massachusetts. The wedding was held at a beach on Paradise Cove in Malibu and was attended by all past and present members of Weezer. The couple have two children: daughter Mia, born in 2007, and son Leo, born in 2011, and reside in Santa Monica, California.

Rivers practices Vipassana meditation and has been an on-again and off-again vegetarian throughout his life. 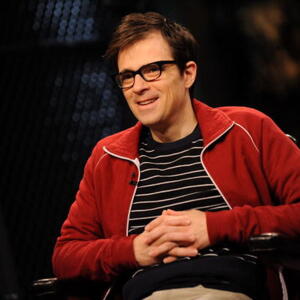