Rick Wright Net Worth: Rick Wright was an English musician, singer and songwriter, best known for his career with Pink Floyd who had a net worth of $70 million. Rick Wright, was most widely recognized as a member of the rock band, Pink Floyd. His skills as a keyboardist are considered one of the primary reasons for Pink Floyd's distinctive sound and success.

He was born Richard William Wright on July 28, 1943 in Hatch End, Middlesex, England. It was Wright's richly textured keyboard layers that were a key ingredient to Pink Floyd's distinctive characteristic sound. A multi-instrumentalist, he played keyboards, bass guitar, vocals, violin, vibraphone, trombone, cello, and trumpet. He first started to play guitar, piano and trumpet at the age of 12. It didn't take him long to realize that music was his true calling. Wright was a founding member of The Pink Floyd Sound as they were called in 1965. He also participated in its previous incarnations as Sigma 6 and The (Screaming) Abdabs. After the band's formation, Wright often sang harmony and occasionally lead vocals on stage and in the studio with Pink Floyd, most notably on the singles "Time", "Echoes", "Wearing the Inside Out", "Astronomy Domine" and "Matilda Mother". What's more, he penned significant parts of the music for classic albums like Meddle, The Dark Side of the Moon and Wish You Were Here, as well as for Pink Floyd's final studio album The Division Bell. It was the 1973 Dark Side Of The Moon that ensured their place in rock history. Aside from his work with the group, he recorded his solo project called "Wet Dream" in 1978. In 1984, he formed a new music group along with Dave Harris, jointly recording music album called 'Identity'. 1996 marked the release of his second solo album called 'Broken China'. Throughout his life, he gave many successful live concerts as well. Off the stage, Rick Wright had three marriages and three children, two from his first and one from his third marriage. 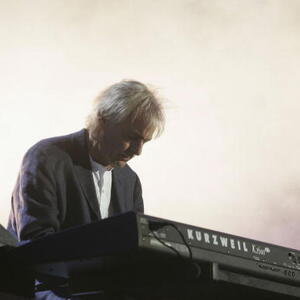