Rick Parfitt net worth: Rick Parfitt was an English musician who had a net worth of $10 million. Rick Parfitt was best known for being the singer and guitarist of the British rock band Status Quo. Born in Woking, Surrey on October 12, 1948. While in high school, he met fellow bandmate and lead singer Francis Rossi, and the duo joined what would become the first lineup of Status Quo in 1967.

Parfitt has written some of Status Quo's most memorable songs including '"Whatever You Want", "Backwater" "Living on an Island"' and "Rain. Once known as "The Wild Old Man of Rock and Roll," Parfitt suffered a quadruple heart bypass in 1997, and now dubs himself more of a "Mild Man of Rock. Parfitt's most popular guitar is a 1965 white Fender Telecaster, though between both him and Rossi, Status Quo uses 18 guitars while out on the road. In 2006, Parfitt released his invention-the "guitar facelift," which provides removable, reusable vinyl covers for guitars. He also has the backing of Fender for Telecaster and Stratocaster Facelifts. Parfitt had four children from three marriages, and also won £50,000 for charity on a 2007 episode of "Who Wants to Be a Millionaire?". Unfortunately, Rick Parfitt died on December 24, 2016 at the age of 68. 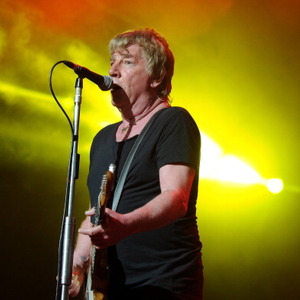