How much is Rick James Worth?

Rick James Net Worth: Rick James was an American singer, songwriter, musician and record producer who had a net worth of $250,000 at the time of his death. However, had Rick managed to live another decade or two, he would have experienced an incredible financial windfall with the rise of streaming services and eventually music catalog sales, which we detail in a moment.

According to court documents released soon after his death, Rick's estate was worth just $250,000. Rick famously spent lavishly during his lifetime. Throughout much of the 1990s, Rick famously spent $7,000 per week on cocaine, which he would later describe as "a hell of a drug." He also spent millions of legal troubles including a multi-million dollar settlement to a woman who accused him of assault. At the time of his death, Rick James was living in a modest apartment in Burbank, California.

Rick James rose to fame in the 1970s as an artist on the famous Motown Records.

His debut solo album "Come Get It!" was released in 1978. His 1980 album "Street Songs" spent 78 weeks on the US R&B Chart, with 20 weeks at #1. This album would become James' biggest hit thanks to signature songs "Mary Jane" and "Super Freak". He never hit the same heights as he would during this period, but he remained a respected musician and solo artist until a stroke in 1998 left him a near-recluse. "Super Freak" was sampled heavily in MC Hammer's massive 1990 hit "U Can't Touch This". The song fetched them a Grammy Award for Best R&B Song, but only after James got the credits for it via lawsuit. It was James's only Grammy win. After enjoying a brief resurgence in popularity thanks to his appearance in a popular Chappelle's Show sketch, Rick James died on August 6, 2004.

Catalog Sale: Rick's heirs may have been disappointed by their father's estate value at the time of his death, but did leave them with one extremely valuable asset: The rights to his songs. Decades after his death, Rick's music continues to be streamed millions of times per year and sampled by popular artists. The most popular sampling occurred in the MC Hammer song "U Can't Touch This". Hammer's song was not released as a single at first, so fans had to buy the full album to hear "U Can't Touch This." As a result, Hammer's album went on to sell more than 18 million copies worldwide.

In November 2020, Rick's heirs sold a 50% stake in their father's publishing catalog to Hipgnosis Songs Fund for an undisclosed amount. The sale included a 50% stake in Rick's recorded music masters, writer's share, neighboring rights and the rights to 97 songs. Comparable catalog sales from the period sold for well over $100 million. It's safe to assume, Rick's catalog sale valuation was in the $100 million range.

Early Life: James was born on February 1, 1948 in Buffalo, New York and was given the name James Ambrose Johnson Jr. His father, James, was an autoworker while his mother, Mabel, was a dancer and then worked as a numbers-runner. The couple had eight children in total and the father left when James was only 10 years old.

James was exposed to music and the arts due to his mother's job and he began playing music when he was young. James attended Orchard Park High School and Bennett High School but eventually dropped out. He struggled with a number of vices from an early age, having been introduced to drugs in middle school and busted for committing burglary as a young teenager. After going in and out of jail a few times, James enlisted in the United States Navy at age 15, lying to say he was older, in order to avoid being drafted. During this time, he played in local jazz groups in New York City. Because he missed his required Navy Reserves sessions, he was ordered to go to Vietnam. James then fled to Toronto in 1964.

Career: After moving to Toronto, James met a man name Levon Helm who played in Ronnie Hawkins' backing band. The two became friends and this relationship helped James become involved in the Toronto music scene. At the time, he was going by the name Ricky James Matthews in order to avoid being detected by the U.S. military authorities. James formed the Mynah Birds, a soul and rock band, and briefly recorded with the Canadian division of Columbia Records. The band traveled to Detroit to record with Motown Records, where James met some of his musical heroes – Marvin Gaye and Stevie Wonder. It was Wonder who advised James to shorten his name to Rick James.

In 1966, Motown learned of James's fugitive status with the Navy and said they would not release more of his music until he straightened out his legal troubles. He ultimately turned himself in to the FBI and served five months of hard labor at the Portsmouth Naval Prison. After his release, he began writing and producing songs at Motown for acts like The Spinners and The Miracles. He relocated to Los Angeles and continued working with and meeting a number of high profile musicians, like Stephen Stills, Jim Morrison, and Salt'N'Pepper. 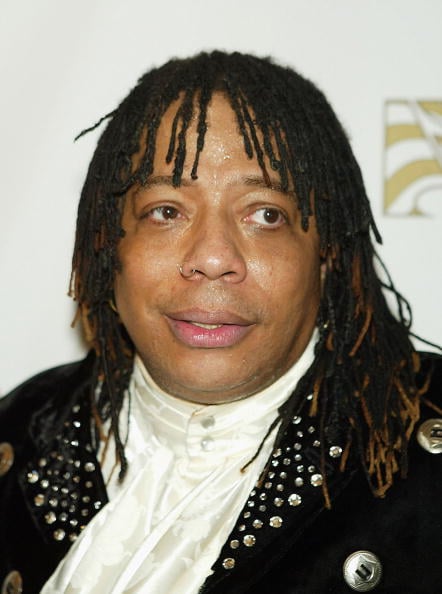 In 1978, James released his first solo album, "Come Get It!" with Motown Records. The album launched James into stardom. He quickly released a second and third album and also announced his first headlining tour. After the successful tour, he released a fourth and a fifth album, "Street Songs," which became his best-selling album to date. This album featured hits such as "Super Freak" and "Give It to Me Baby." James continued working as a producer for other acts as well, including The Temptations, the Doo-Rags, and the Mary Jane Girls. He also appeared on an episode of "The A-Team" and produced music for Eddie Murphy.

James experienced a decline in his career when he was dealing with personal and legal troubles in the 1990s. His stardom faded for much of the decade but he reentered the public discourse after appearing on "Chappelle's Show" in 2004. This gave his career a boost and he began performing again, giving his final performance at the BET Awards in June of 2004.

Personal Life: James had a number of serious relationships throughout his lifetime. He had two children with singer/songwriter Syville Morgan – Tyenza and Rick Jr. He dated actress Linda Blair from 1982 to 1984 and the couple became pregnant but Blair opted to have an abortion, which James wrote about in his memoir. In 1989, James met Tanya Hijazi when she was 17 years old. They started dating in 1990 and had a child, Tazman, together in 1993. They then married in 1996 and divorced in 2002. James had also maintained a close professional and sometimes romantic relationship with Teena Marie, who he had begun collaborating with in 1979.

James also had many notable friendships, including both Eddie and Charlie Murphy. He was  also friends with Debbie Allen, Smokey Robinson, and Marvin Gaye. Many of his friends were concerned about James's reputation for partying and living a hard lifestyle. His drug abuse, which began in his teens, continued and expanded into adulthood. His drug use led to health problems and also legal troubles. In 1991, James and his at the time girlfriend Tanya were arrested  for holding Frances Alley hostage and torturing her for six days. He was also later accused of kidnapping and beating Mary Sauger for a 20-hour period. While the torture charge was ultimately dropped, James was still found guilty of the two kidnapping charges sentenced to five years in prison but was released after serving two.

On August 6, 2004, James was found dead in his Los Angeles home by his caretaker at the age of 56. While drugs were found in his system, the autopsy found that none were at levels high enough to be life-threatening in and out themselves. He is said to have died from pulmonary heart failure, due to complications with some of his pre-existing conditions. A public viewing was held for fans and then a private service was held in Hollywood before James was buried in Buffalo, New York. James's memoir, "The Confessions of Rick James: Memoirs of a Super Freak," was released in 2007. 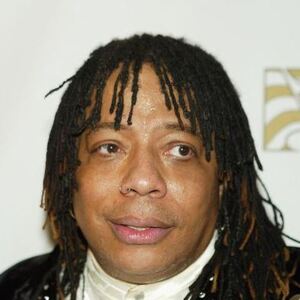