Rick Davies Net Worth: Rick Davies is an English musician who has a net worth of $10 million dollars. Born Richard Davies in Swindon, Wiltshire, England, in 1944, Rick Davies started enjoying music as a kid, and, as a teenager, realized his passion was with rock 'n' roll. He joined Vince and the Vigilantes in 1959 and began studying at Swindon College.

While in school, Davis formed his first band, Rick's Blues, in 1962. Four years later, he started playing the organ for The Lonely Ones, and soon decided to form his second band, which led to the birth of the group Supertramp. The band's third album release, "Crime of the Century", charted at number four in the U.K. Soon, the group moved overseas to America, where they eventually released "Breakfast in America". That album would go on to be their biggest commercial success, hitting number three in the U.K. and number one in the U.S. It has sold more than 20 million copies around the world. All together, Sumpertramp released eleven studio albums, including "Even in the Quietest Moments", "Brother Where You Bound", and "Some Things Never Change". Some of Davies' best-known songs are "My Kind of Lady", "Bloody Well Right", and "Cannonball". He has been married to his wife, Sue, since 1977, and she started managing the band in the mid '80s. Davies is the owner of Rick Davies Productions. 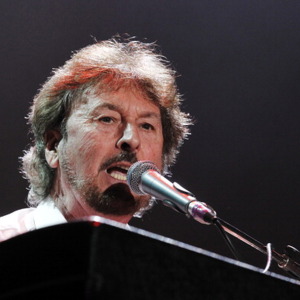