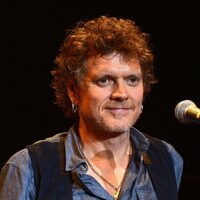 Rick Allen net worth: Rick Allen is a British drummer who has a net worth of $50 million dollars. Born in Dronfield, Derbyshire, England, Rick Allen began playing with the band known as Def Leppard, just before his 16th birthday. He subsequently left school, and began touring and recording with the group, and has remained with them ever since. He is most widely recognized for his ability to play one-handed. After a car accident severed his arm, infection set in to the reattached limb, and it was ultimately removed completely. Def Leppard lead singer, Joe Elliott, and drummer, Jeff Rich, helped him design a combination acoustic and electronic drum kit that would allow him to play the same rhythms using his one good arm and his feet. He has since gone on to develop more technologically advanced variations on that first combination drum system. He and his second wife also launched the Raven Drum Foundation, a charity that works with veterans, and people in crisis, through healing arts.