What is Richie Sambora's Net Worth?

Richie Sambora is an American rock guitarist, producer, musician, singer, and songwriter who has a net worth of $150 million. Richie Sambora is most famous for being the lead guitarist and one of the primary songwriters for the highly successful rock band, Bon Jovi. He has also released two solo albums and performed as a guest artist on multiple records. He was inducted into the Songwriters Hall of Fame in 2009. He has seen a million faces and rocked them all.

Richard Stephen Sambora was born on July 11, 1959, in Perth Amboy, New Jersey. The first instrument the future rock star learned to play was the accordion, which he picked up at 6. At 12, he started learning to play the guitar after Jimi Hendrix died. Sambora also plays the piano, bass guitar, saxophone, and drums. His first performance was at a Catholic Youth Organization dance during his teen years. Sambora attended Woodbridge High School, where he was on the basketball team. In 1975, when Sambora was a sophomore, his high school team won the New  Jersey State Title. Sambora graduated from high school in 1977.

Prior to Bon Jovi, Sambora was in a band called Message, which put out their debut album "Lesson" in 1982. The album was re-released in 1995 and in 2000. At 19, Sambora was also part-owner of a club in New Jersey and owned his own record label Dream Disc Records. His first professional tour was as an opening act for Joe Cocker in the early 1980s. Sambora unsuccessfully auditioned to be Ace Frehley's replacement in KISS, just before joining Bon Jovi in 1983.

Sambora replaced Bon Jovi's original lead guitarist Dave Sabo. Sambora went to a Bon Jovi show and approached Jon after the show to tell him he was impressed and suggest they work together. The two immediately hit it off as friends and Jon invited Richie to a band rehearsal. Sambora arrived at that rehearsal before Jon and by the time Jon did arrive, the band was sounding better than they did without Richie. Sambora was hired on the spot.

Bon Jovi released their first two albums in 1984 and 1985. Bon Jovi found global success with the 1986 release of their third album, "Slippery When Wet." That album spawned three iconic Bon Jovi hits: "Wanted Dead or Alive," "You Give Love a Bad Name," and Living on a Prayer;" the last two of which became number one hits. "Slippery When Wet" remains the band's most successful album. The band's next album, "New Jersey," gave the world the hits "Born to Be Your Baby," "Lay Your Hands On Me," and "I'll Be There For You," among others. 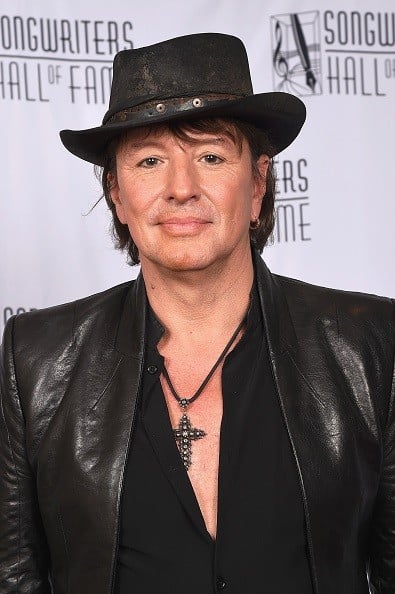 Sambora and Jon Bon Jovi were the primary songwriting unit of the band. Sambora left the band prior to a concert in Calgary during 2013's Because We Can Tour, and since has only played with Bon Jovi at their Rock and Roll Hall of Fame Induction in 2018.

Richie Sambora and Cher dated in 1991.

Sambora and Heather Locklear married in Paris on December 17, 1994. The couple has one daughter, Ava Elizabeth, born in October 1997. Sambora and Locklear divorced in 2007.

Sambora checked into rehab for his alcoholism and addiction to painkillers in 2007.

Sambora was arrested on suspicion of drunk driving in March 2008 in Orange County, California. He was fined $390, put on probation for three years, and mandated to attend a driver's education course.

In April 2011, Sambora checked into rehab again. He missed 13 of Bon Jovi's tour dates. He rejoined the band on tour in June 2011 when he completed rehab.

In the spring of 2020, Sambora entered into a deal to sell the rights to his 200-song catalog to song-acquisition company Hipgnosis Songs Fund.

In September 2008, Sambora bought a 2,600 square foot, three-bedroom, three and a half bathroom condo in a downtown Philadelphia highrise for $3.58 million. The condo is reportedly on the 52nd floor. 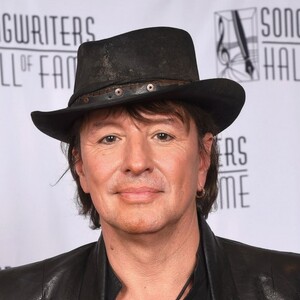