Richard Stoltzman net worth: Richard Stoltzman is an American clarinetist who has a net worth of$3 million. Richard Stoltzman was born in Omaha, Nebraska in July 1942. He is one of the most well-known clarinetists who plays primarily classical music. Stoltzman has played with more than 100 orchestras and with many chamber groups. He also plays jazz music and some of his recordings feature modern music. He has played with artists such as Clare Fischer, George Shearing, Mel Torme, Woody Herman, Judy Collins, Chick Corea, Wayne Shorter, Yo-Yo Ma, and Claude Bolling. He has won two Grammy Awards for Best Chamber Music Performance and was the first wind player to win the Avery Fisher Prize in 1986. Stoltzman has released nearly 40 albums including many with TASHI. He is on the faculty at the New England Conservatory and Boston University. 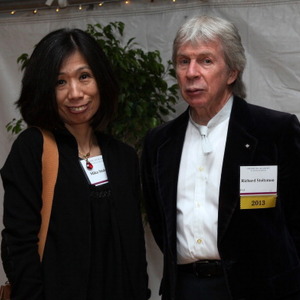