They won the 2011 Grammy Award for Album of the Year. Their debut studio album Funeral was released in 2004 and sold more than half a million copies in the US. The band's second album Neon Bible was released in 2007 and reached #1 in Canada and Ireland as well as #2 in the United States and in the UK. Their third album The Suburbs was released in 2010 and reached #1 in Canada, Belgium, Ireland, Norway, the UK, and the US. Their latest album Reflektor was released in 2013 and hit #1 in five countries. Parry plays many instruments including the guitar, drums, keyboards, double bass, and accordion. He is a member of the Bell Orchestre and has performed with the bands Little Scream, The National, Barr Brothers, Islands, and The Unicorns as well as doing solo work. 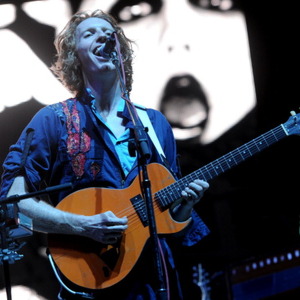