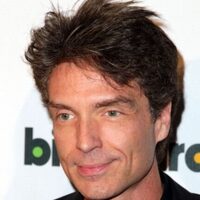 What is Richard Marx's Net Worth?

Richard Marx is an American singer, songwriter and producer who has a net worth of $25 million. Richard Marx has sold more than 30 million albums during his career which started with his self-titled debut album that hit #8 on Billboard and spawned four Top 5 singles. Across all formats, Marx has scored an astounding total of 14 No. 1 singles, both as a performer and songwriter/producer, making him a true multi-talented threat who continues to challenge himself and his fans.

Richard Marx was born September 16, 1963 in Chicago, Illinois, the only child of Ruth, a former singer, and Dick Marx, a jazz musician and founder of a 1960's jingle company. Marx attended North Shore Country Day School.

Early in his career Marx landed jobs as a background singer for artists such as Madonna, Whitney Houston and Luther Vandross. Marx continued to pursue his own record deal but was rejected by every label in Hollywood until, finally, the president of EMI/Manhattan Records, Bruce Lundvall, heard Marx's demo and knew he had a star on his hands. He gave Marx a recording contract and the freedom to write and record whatever he wanted. Marx contacted his good friend Fee Waybill, front man of The Tubes, and some very talented musicians, including Joe Walsh and Randy Meisner of the Eagles, and created a ten-track album that led to his very successful career.

His debut album included the chart-topping singles "Hold on to the Nights" and "Don't Mean Nothing", the latter earning him a Grammy nomination for Best Rock Vocal Performance-Male. His album went triple platinum in 1987. His 1989 follow-up "Repeat Offender", was even more successful, hitting #1 and going quadruple-platinum with two #1 singles; "Satisfied" and "Right Here Waiting". "Repeat Offender" rose to No. 1 on the Billboard Album chart and went triple platinum within just a few months. It sold over 5 million copies in the United States alone. "Right Here Waiting" was Marx's first number one hit in the U.S. Adult Contemporary chart as well as his first big hit outside of the United States. It reached No. 1 in several European countries and gave Marx his first top ten hit in the UK. It's been covered numerous times. In late 1989, Marx performed the Beatles' "Help" at the Berlin Wall. The following year, he received his second Grammy nomination for "Best Pop Vocal Performance – Male" for "Right Here Waiting." 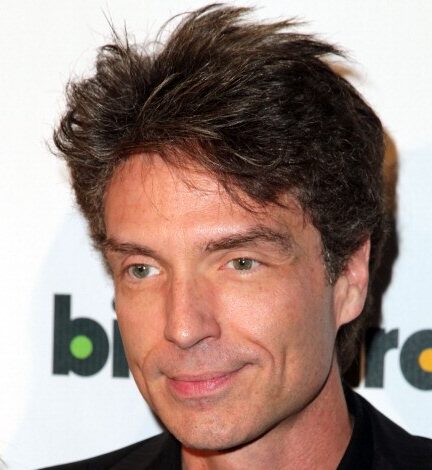 After his albums "Rush Street" (1991) and "Paid Vacation" (1994) went platinum, Marx achieved a seven-year string of triumphs that rivaled any in pop-rock music history. To mark the release of "Rush Street" he embarked on a 24-hour, five-city blitz on MGM Grand Airlines, performing at every stop, a record that has yet to be broken. In 1994, Marx and his family left Los Angeles to return to Chicago. Between 1987 and 1994, Marx had fourteen Top 20 hits, including three number one singles. His first seven singles all reached the Top Five. To this day, he is the only male artist in history to have his first seven singles reach the Top 5 on the Billboard charts. In 1997, Marx released his final studio album on the Capitol label, "Flesh and Bone." The same year, he released his "Greatest Hits" compilation, a 16-track album that included a variety of hit singles from his first five albums plus a track for the charity Pediatric AIDS Foundation, "Angel's Lullaby." In 2000, Marx released his sixth studio album, "Days in Avalon." It was released on the Signal 21 Records label. After signing a new deal with his former label, Manhattan Records, in 2004, Marx released "My Own Best Enemy." In 2008, he released "Duo," on which he collaborated with Vertical Horizon's lead singer Matt Scannell. Later that year, he was part of a PBS TV series called "Songwriters in the Round Presents: Legends & Lyrics." In episode 102 of the first season, he appeared with Kenny Loggins, Nathan Lee, and the rock band Three Doors Down. In October of 2008, Marx released "Emotional Remains" and "Sundown" as digital downloads.

His 2010 album, "Stories to Tell", produced a Top 20 AC hit in "When You Loved Me." It was the first fully acoustic album he ever recorded or released, and it featured several acoustic versions from many of his previous albums. In 2011, the reissue of "Stories to Tell" was released in the U.S. as a three-disc set exclusively through Walmart, and it included a "best of" disc, an acoustic disc of tracks, and a DVD of a live concert performance at the Shepherd's Bush in London. In 2011, Marx released "The Christmas EP," a five-song collection of Christmas songs. The album included "Christmas Spirit," the first single released for radio airplay. In July 2014, Marx released his eleventh studio album, "Beautiful Goodbye." In May 2014, he put out "Whatever We Started" as a digital single. It peaked at No. 29 on the Billboard Adult Contemporary Chart. Marx's next album, "Limitless," was released on February 7, 2020. Its lead single "Another One Down" reached No. 14 on Billboard's Adult Contemporary chart.

Over the course of his lengthy career, Marx has also written or collaborated on songs with other artists on popular tracks such as "This I Promise You" by NSYNC and "Dance with My Father" by Luther Vandross.

Richard was married to actress/singer Cynthia Rhodes (most famous for portraying Penny on "Dirty Dancing") from 1989 to 2014. She appeared in Richard's first music video for the song "Don't Mean Nothing". They have three sons together. They divorced in 2014 after 25 years of marriage.

Thanks to Daisy, they own at least two homes in Malibu. In 2013, Daisy spent $5.75 million on an oceanfront home in Malibu. The property includes over 50 feet of beachfront on Las Flores Beach. Other features include mahogany doors, coral stone decks, limestone fireplaces, and French oak flooring. In 2015 Richard and Daisy paid 5 million for another Malibu mansion on the non-oceanfront side of the street.

For many years Richard and his ex-wife Cynthia Rhodes owned an enormous property in the Chicago suburb of Lake Bluff. They bought the home in 1997 for $4.7 million and listed it soon after divorcing for an impressive $18 million. The property is a gated, 5-acre compound and features a 30,000 square-foot lakefront mansion. Astonishingly, it took five years and several significant price chops before Richard and Cynthia finally accepted just $4.2 million.