How much is Richard Hell Worth?

Richard Hell net worth: Richard Hell is an American singer, songwriter, musician, and writer who has a net worth of $500 thousand. Richard Hell was born in Lexington, Kentucky in October 1949. He is known for being an innovator in the areas of punk music and fashion, being one of the first celebrities to spike his hair and wear shirts that were torn, cut, and drawn on. Hell was in many early punk bands including Neon Boys and Television and the Heartbreakers. He formed his band Richard Hell & the Voidoids in 1976. The band released the albums Blank Generation in 1977 and Destiny Street in 1982. Richard Hell has also released solo albums and albums with Dim Stars. He has authored several books and appeared in films including Desperately Seeking Susan and No Picnic. Richard Hell and the Voidoids' song "Blank Generation" was named as one of the 500 songs that shaped rock by the Rock and Roll Hall of Fame and is also ranked one of the top 10 punk songs from British punk figures. 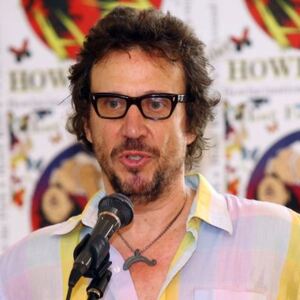