Richard Ashcroft net worth: Richard Ashcroft is an English musician, singer, and songwriter who has a net worth of $3 million. Richard Ashcroft was born in Billinge Higher End, Wigan, England in September 1971. Ashcroft has been successful as a solo artist and as the lead singer for the rock band The Verve. The Verve formed in 1990 and released their debut studio album A Storm in Heaven in 1993. The band's third album Urban Hymns in 1997 was certified 10x Platinum and reached #1 in the UK, New Zealand, and Sweden. Their last album Forth in 2008 also reached #1 in the UK. The Verve's best known single is "Bitter Sweet Symphony" which reached #2 in the UK and charted in 10 countries. The band also had success with the singles "The Drugs Don't Work", "Lucky Man", and "Love Is Noise". The Verve won two Brit Awards in 1998 and was nominated for a Grammy Award in 1999. They broke up in 1999 but reunited in 2007 until breaking up again in 2009. Ashcroft has been described by Chris Martin of Coldplay as "the best singer in the world". His debut solo studio album Alone with Everybody was released in 2000 and hit #1 in the UK going Platinum. His albums Human Conditions in 2002, Keys to the World in 2006, and United Nations of Sound in 2010 were also successful. His best known singles include "A Song for the Lovers" and "Break the Night with Colour".

Rolling Stones Royalties: "Bitter Sweet Symphony" samples an orchestral cover of the 1965 Rolling Stones song "The Last Time" written and arranged by David Whitaker. Note that the sampled music is NOT part of the original Rolling Stones song in any way. The Verve successfully cleared the rights to the sample but they did not seek publishing rights from the Stones. Upon the release of the song, Richard Ashcroft was contacted by Stones manager Alan Klein whose company ABKCO Records held the copyright to "The Last Song". Klein successfully arranged for Mick Jagger and Keith Richards to receive 100% credit and songwriting royalties for the song.

In May 2019, twenty years later, it was announced that Jagger and Richards agreed unconditionally to hand over songwriting credit and publishing rights to Richard Ashcroft. Ashcroft's managers appealed to the Stones front-men directly. The victory will likely result in hundreds of thousands in annual income to Ashcroft, if not more! 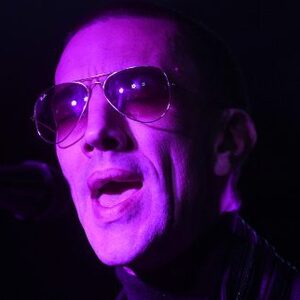