Ray Manzarek Net Worth: Ray Manzarek was an American musician, singer, producer, film director, and author, best known as a founding member and keyboardist of The Doors from 1965 to 1973. Ray Manzarek had a net worth of $25 million dollars at the time of his death. Ray Manzarek was born on February 12, 1939 in Chicago, Illinois of Polish descent and was raised on the South Side of Chicago where he went to St.

Rita High School and DePaul University. He then headed to Los Angeles to study film at UCLA from 1962 to 1965 where he met fellow film student Jim Morrison. Forty days after finishing film school, thinking they had gone their separate ways, Manzarek and Morrison met by chance on Los Angeles' Venice Beach. Morrison said he had written some songs, and Manzarek said he wanted to hear them. Morrison sang rough versions of "Moonlight Drive", "My Eyes Have Seen You" and "Summer's Almost Gone". Manzarek liked the songs and co-founded the Doors with Morrison at that moment. Manzarek married Dorothy Aiko Fujikawa, whom he'd also met at UCLA in Los Angeles on December 21, 1967, with Jim Morrison and his long time companion, Pamela Courson, as witnesses. Manzarek and Fujikawa remained married until his death on May 20. 2013. They had a son and three grandchildren. 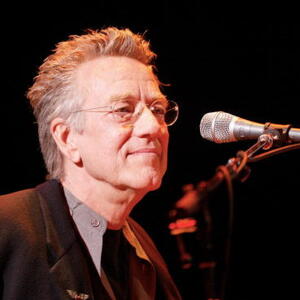