Ray Luzier Net Worth: Ray Luzier is an American drummer who has a net worth of $10 million dollars. Born in 1970 in Pittsburgh, Pennsylvania, Ray Luzier drums with metal band Korn. He studied at the Musicians Institute, earning his degree from the school's Percussion Institute of Technology in 1989. Two years later, he spent almost a decade teaching drum students at MI.

In 1997, he began working with Van Halen's David Lee Roth, and played drums with Roth until 2005. A year prior, he debuted his instructional DVD with several lessons on how to play the drums. He drummed with The Hideous Sun Demons, Army of Anyone, the Stone Temple Pilots, and Jonathan Davis and the SFA before being invited to play with Korn in 2007 after an impressive audition. He began touring internationally with the band in early 2008 and became a full-time member a year later. He has now appeared on several albums with the band, including 2008's "Nightmare Revisited", 2010's "Korn III: Remember Who You Are", 2011's "The Path of Totality", and 2013's "The Paradigm Shift". He uses a variety of equipment on stage with Korn, and currently endorses several brands, including Pearl Drums, Sabian cymbals, Pro-mark drumsticks, and Factory Metal Percussion Cymbals. 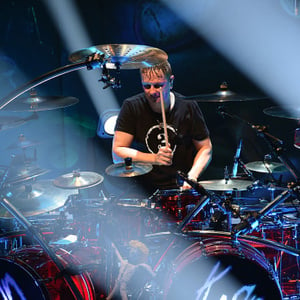