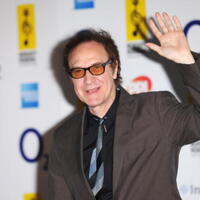 Ray Davies Net Worth: Ray Davies is an English rock musician who was the lead singer and songwriter for the rock band The Kinks. Ray Davies has a net worth of $12 million. Ray Davies was born June 21, 1944 in Fortis Green, London, England as the seventh of eight children born to Fred and Annie Davies, including six older sisters and younger brother Dave Davies. Davies was an art student at Hornsey College of Art in London in 1962–1963, and in late 1962 he became increasingly interested in music. He played with a number of groups before forming The Kinks with his younger brother Dave. After the Kinks obtained a recording contract in early 1964, Davies emerged as the chief songwriter and leader of the band, especially after the band's breakthrough success with his song "You Really Got Me". Davies led the Kinks through a period of musical experimentation between 1966 and 1975. Between 1976 and their break-up 20 years later, Davies and the group reverted to their earlier mainstream rock format and enjoyed a second peak of success, with other hit songs, like "Destroyer", "Come Dancing" and "Do It Again". The Kinks disbanded in 1996, and Ray Davies has performed solo since then. Ray had a long-term relationship with Chrissie Hynde, lead singer for The Pretenders, with whom he had a daughter in 1983. He married Rasa Didzeptris in 1964 and they had two daughters. When his wife left him in 1973, he attempted suicide with an overdose of pills. He remarried three years later, then divorced again. He married and divorced for the fourth time in the '80s and had a fourth daughter.